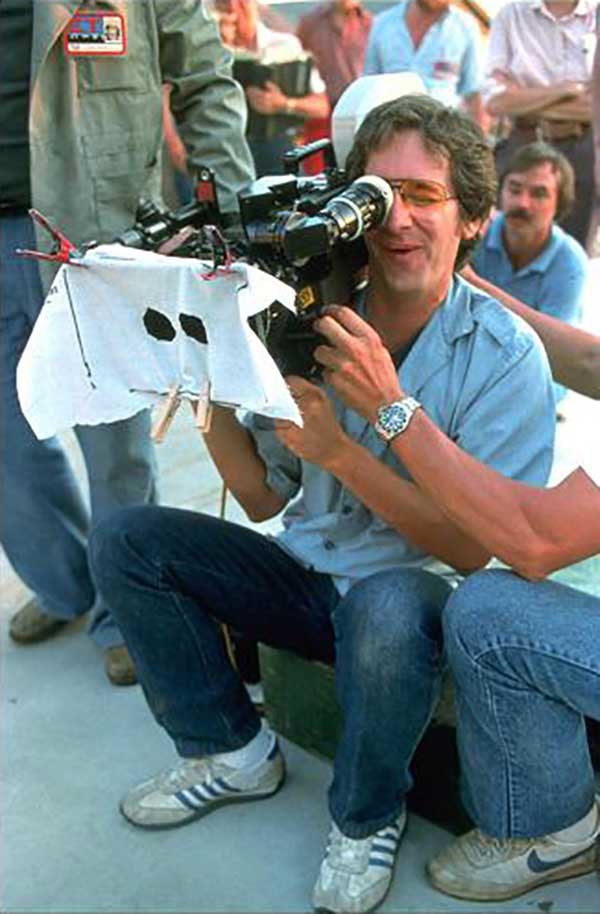 Steven Spielberg behind the scenes of 1982's "E.T.: the Extra-Terrestrial"

In the midst of directing the “Indiana Jones” trilogy, Steven Spielberg made the family sci-fi movie “E.T.” The movie was an incredible success, taking over “Star Wars” as the highest grossing movie of all time, and it is still beloved today. One of the movie’s most memorable scenes is when Michael and Elliot dress E.T. up as a bedsheet ghost to take him out trick-or-treating on Halloween night.

In a scene reminiscent of the opening of John Carpenter’s original “Halloween” film, Michael and Elliot lead E.T. through their neighborhood, and we see this scene from E.T.’s point of view. The shot didn’t require any special tricks or visual effects, just a bedsheet and a lot of rehearsal.

First person shots have always been contentious in movies. Like mentioned above, the opening to “Halloween” is really incredible, and one of the best scenes in the iconic film. Additionally, “Hardcore Henry” released in 2015. The Russian action film entirely takes place from a first-person perspective, shot by a sophisticated GoPro rig on the protagonist’s chest. The movie was really well received, despite the fast-paced, first-person perspective giving some people motion sickness.

Conversely, 2005’s “Doom” had a first person sequence, as an homage to the classic video game the film was based on. Unfortunately, that scene, and the movie as a whole, did not go over too well.

I think the main difference between these scenes is how the first-person perspective is used. In “E.T.” and “Halloween,” the unusual shot choice has a thematic and story purpose. This, alongside really skillful execution, makes the choice more engrossing than jarring, as it was in “Doom.” “E.T.” is a great movie with a lot of heart, and this scene is a perfect example of that.