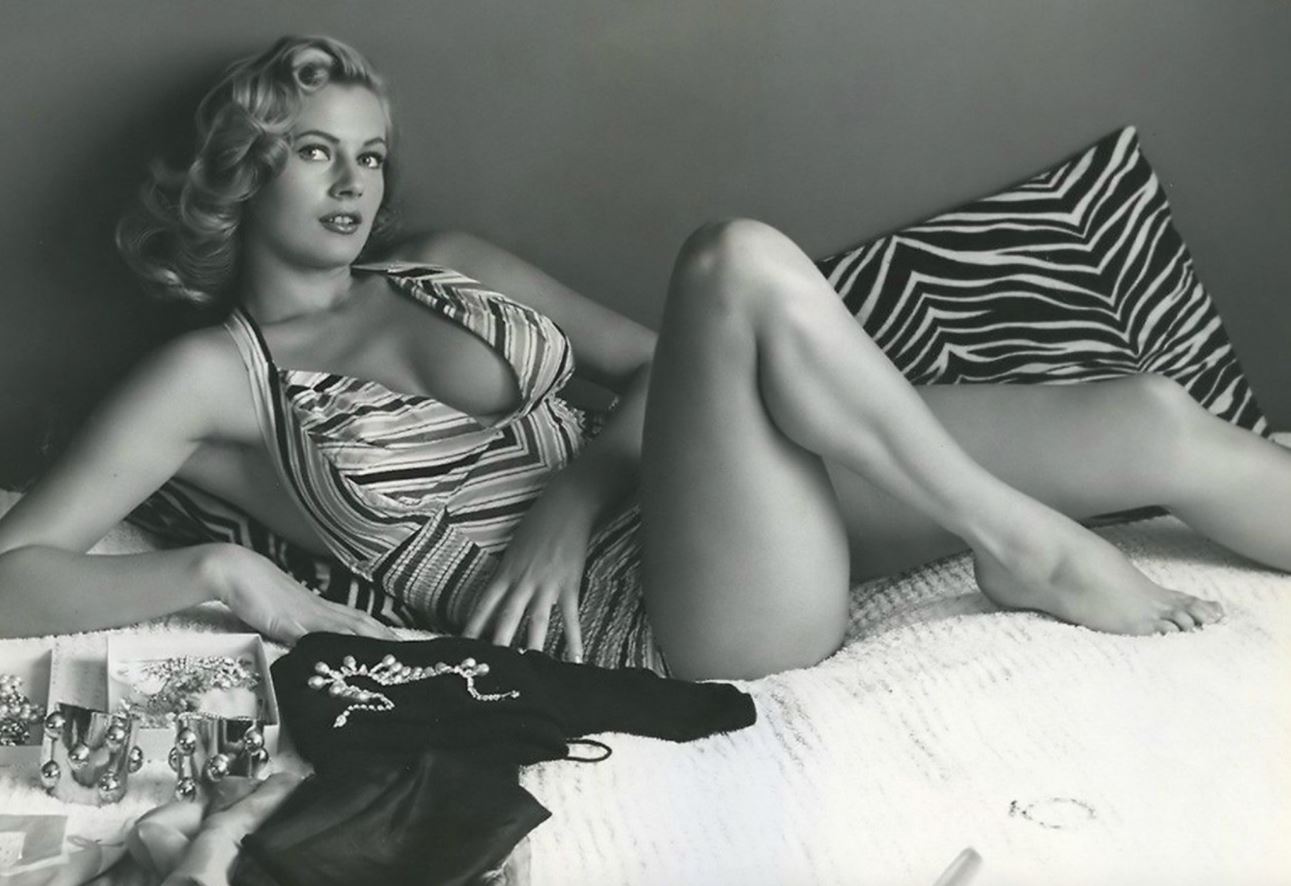 For many, the prototypical mid-century Hollywood blonde bombshell will forever be Marilyn Monroe. Yet she’s not alone nor beyond debate. Swedish beauty Anita Ekberg is favored by a fair share of admirers and just one glance is enough to understand why (not to mention that for a time she was even publicized as “Paramount’s Marilyn Monroe”).

Ekberg was born in 1931 in Malmo, Sweden, the sixth of eight children. She modeled as a teen and entered the Miss Malmo contest in 1950 at her mother’s urging.

Ekberg won that competition, qualifying her to compete in the Miss Sweden contest. She won that, too, moving her onto the 1951 Miss Universe competition. Despite not taking home that title, she did place in the top 6, earning her a coveted starlet’s contract with Universal Studios.

Though naturally talented, the stunning siren more or less blew off her formal studio tutelage, instead preferring to ride horseback in the Hollywood Hills. After six months of drama, elocution, dancing, and fencing lessons, Universal dropped her on account of her lackluster commitment to the overall regimen.

Regardless, with that much raw beauty and talent, it was only matter of time before Ekberg found mainstream success. She went to Italy to star in 1959’s “Sheba and the Gladiator.” Afterwards, the actress stayed in Rome to star in Federico Fellini‘s “La Dolce Vita.” The film was a smash hit and so was Ekberg.

Fans of the film know that Ekberg frolicking in Rome’s Trevi Fountain alongside co-star Marcello Mastroianni is largely considered “one of cinema’s most iconic scenes.” So to re-visit this wonderful sequence (or see it for the very first time), check it out below.