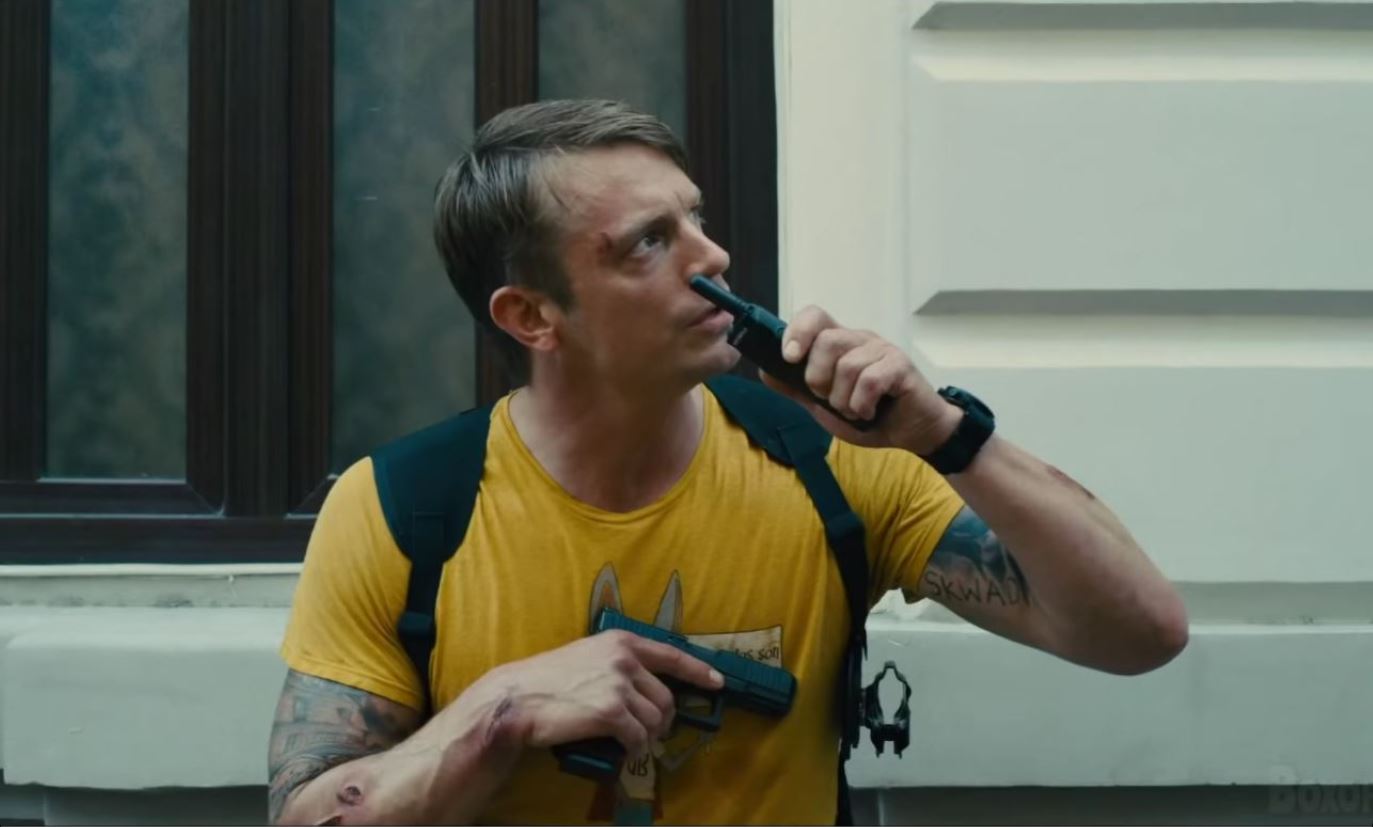 Going off to shoot a movie with an ensemble cast is a lot like going off to summer camp. There’s camaraderie, adventure, the occasional romance, drama, and at the end of the journey, a whole lot of wonderful memories.

The gang from the original “Suicide Squad” had such a bodacious time that they collectively got matching tattoos that read “SKWAD.” On the whole, the tattoos commemorate the making of one of the greatest superhero flicks of all time.

Just kidding. 2016’s “Suicide Squad” is now famous for being so terrible that while I’m sure actors such as Margot Robbie, Jai Courtney, and Joel Kinnaman loved filming it, there’s a good chance they now seriously regret having a reminder of the film permanently etched onto their respective body parts.

Sure, there’s the option to get the tattoo removed via laser treatment. However, we now know that to date at least one star has opted to keep the ink: Joel Kinnaman.

Check out the screenshot from “The Suicide Squad” in the featured photo above. The “SKWAD” tattoo is represented on his left biceps alongside a bunch of other tats.

Now that “The Suicide Squad” is a runaway critical–if not box office–success, think Kinnaman is more likely than not to keep the tattoo? Yeah, no doubt. But for someone like Jared Leto, who didn’t appear in the 2021 flick and had his 2016 performance panned? Well, he might be more likely than the others to visit his neighborhood tattoo removal outlet.