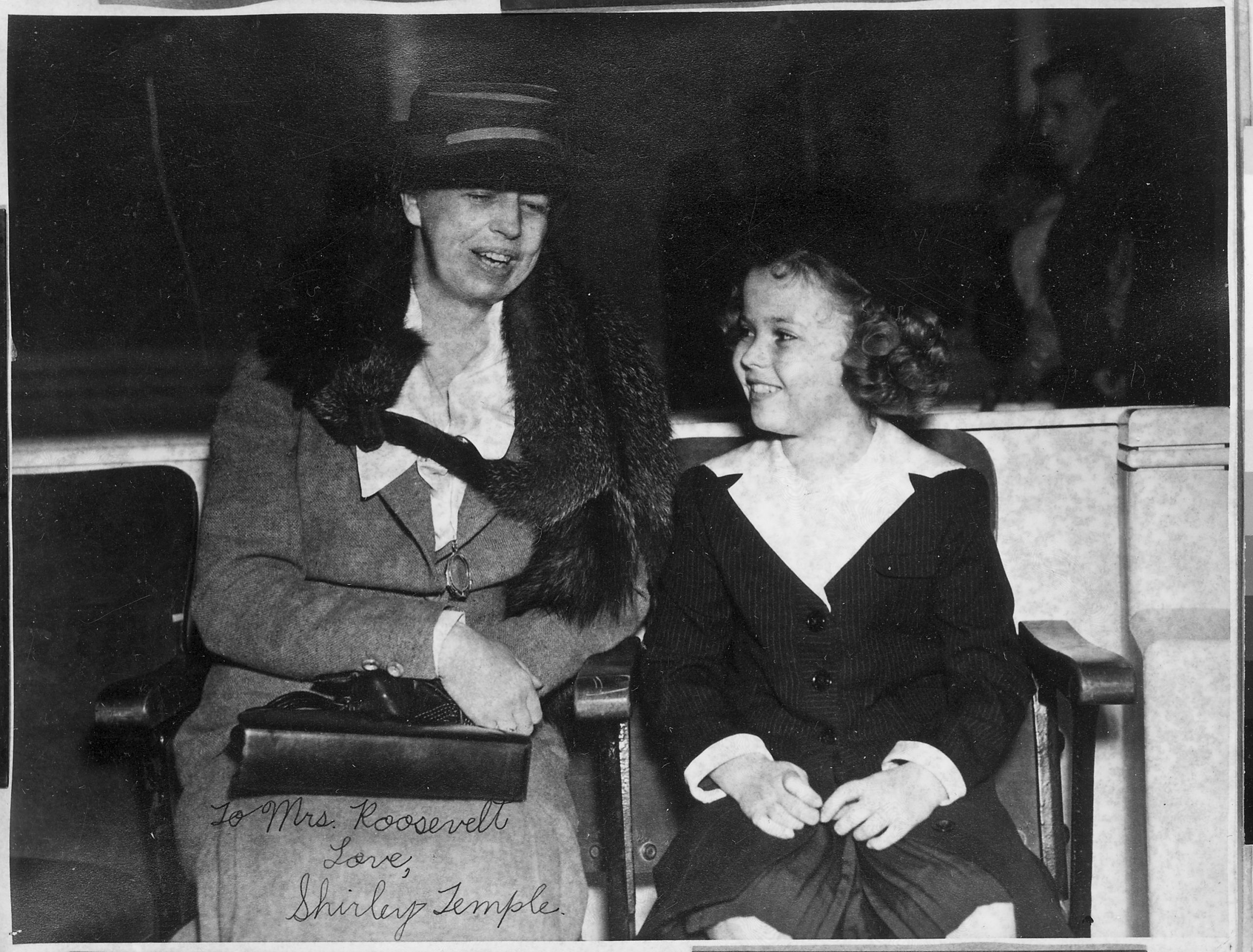 At the tender age of five, Shirley Temple sang and danced her way to international fame with her iconic blond ringlets and dimpled smile. Temple managed to reach a level of success as a young Hollywood starlet that no other child star has been able to achieve. Deemed by Americans as the darling of the Depression years, Shirley Temple was Hollywood’s number one box-office draw as a child actress from 1935 to 1938, appearing in 29 films from the ages of 3 to 10. Temple was said to be the most popular celebrity to endorse merchandise for children and adults at the time and was only rivaled by Mickey Mouse. Temple was so loved by the public that President Franklin Roosevelt once declared, “As long as our country has Shirley Temple, we will be all right.” The President wasn’t the only one dazzled by Shirley Temple’s charming personality, First Lady Eleanor Roosevelt was also enthralled by the little starlet.

This photograph personally signed: “To Mrs. Roosevelt … Love, Shirley Temple,” was taken in March of 1938. In the photo, Eleanor Roosevelt and Shirley Temple are seen talking to each other when the first lady visited Temple on set during the filming of her most recent movie at the time, “Little Miss Broadway.” According to Shirley Temple’s autobiography, “Child Star,” Temple indicated that the photograph was taken when she and the First Lady were sitting together during a special viewing of her latest film. But this wasn’t the only time in history the two had an interaction.

The story goes: Shirley Temple and her family were invited to a picnic hosted by the Roosevelts in Hyde Park. Eleanor Roosevelt was bent over cooking food on the grill when 10 year old Shirley Temple took her slingshot and launched a pebble straight to the First lady’s rear earning her a jolted reaction. Though Temple thought no one else but her and Mrs. Roosevelt had noticed any part of her mischievous prank, her mother had seen it all. When Temple and her family returned back to their hotel, her mother gave her the same treatment.

This image linked two of the greatest female figures in American history together and captured their unlikely friendship in a one of a kind photograph.