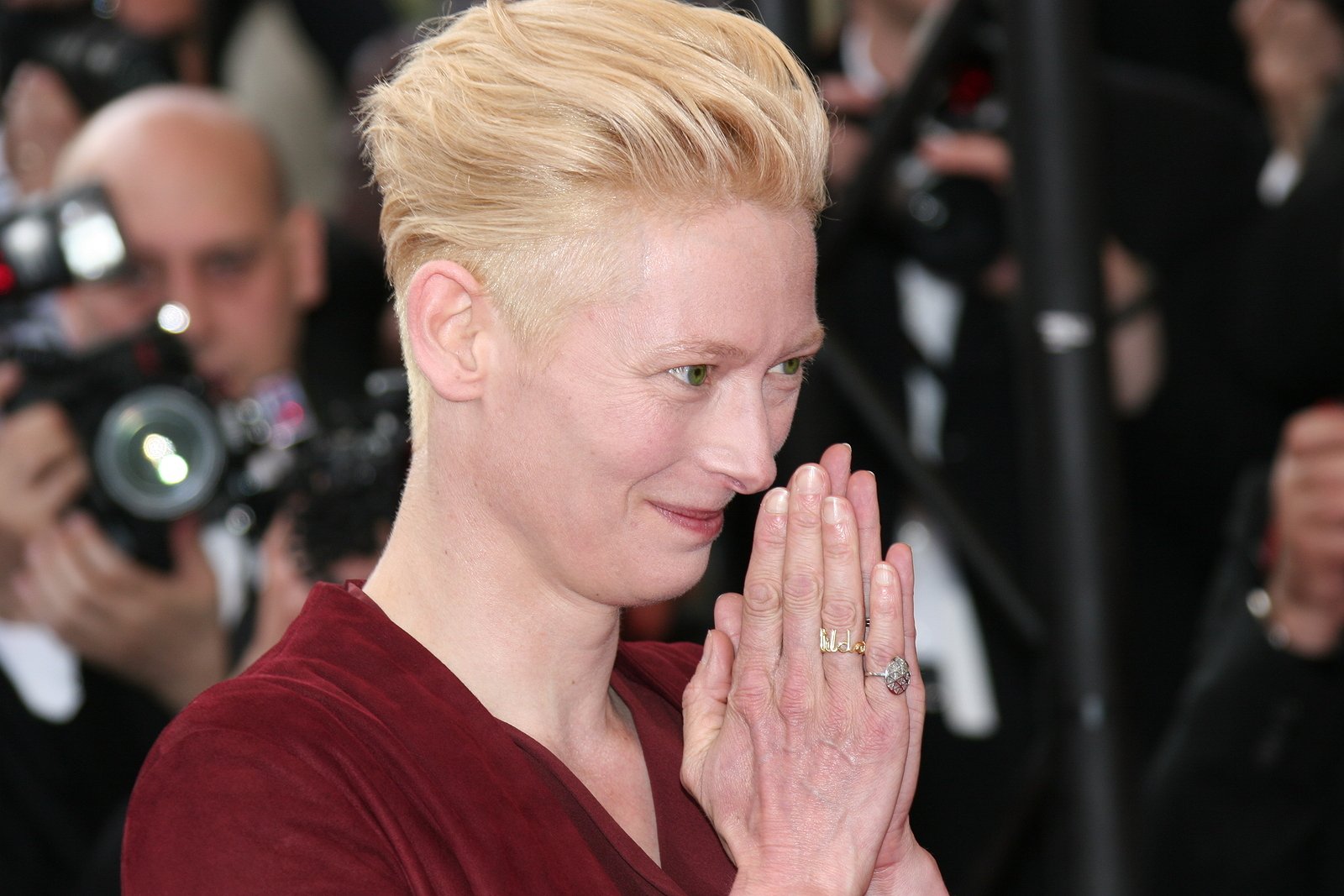 CANNES, FRANCE - MAY 13: Actress Tilda Swinton attends the 'Up' Premiere at the Palais des Festivals during the 62nd Annual Cannes Film Festival on May 13, 2009 in Cannes, France

Tilda Swinton concluded opening night of the 2020 Venice Film Festival with a poignant speech made to serve as a love letter to cinema with a final farewell to the late great Chadwick Boseman.

The Oscar-winning actress was the recipient of the festival’s annual Golden Lion honorary award for career achievement. She accepted the prize from Venice jury president Cate Blanchett during the festival’s opening ceremony on Wednesday evening.

Swinton is considered quite a regular at the Venice Film Festival. She’s attended on behalf of all four of her collaborations with Luca Guadagnino, in addition to Joel and Ethan Coen’s “Burn After Reading,” among many others. Taking the stage, the actress said there have been “two things I’ve been wondering about lately: one, how much exactly cinema means to me. Two, how to be able to accept this overwhelming honor with a straight face.”

“Cinema is my happy place, my true motherland. Its fellowship is my heart’s family tree. The names on the list of those awarded this honor, meanwhile, they are the names of my masters. They’re the elders of my tribe. The poets of the language I love above others. I sing their songs in the bath. I’m the punk kid film nut hitching a ride to the station to get to the foothills of the heights of their achievements.”

As part of her love letter to cinema, Swinton also thanked Venice, describing it as “the most venerable and majestic film festival on Earth,” for persevering in an impossible year and “[reminding] us that some things are going nowhere.”

Rounding out her rousing speech, Swinton declared to a standing ovation “We have everything we need. The magic carpet is flying still and ever shall be — the best possible personal protective equipment for the soul. Viva Venezia. Cinema cinema cinema. Wakanda Forever. Nothing but love.”

Check out the speech below and be sure to catch Swinton in her next project, Wes Anderson’s highly anticipated “The French Dispatch.”