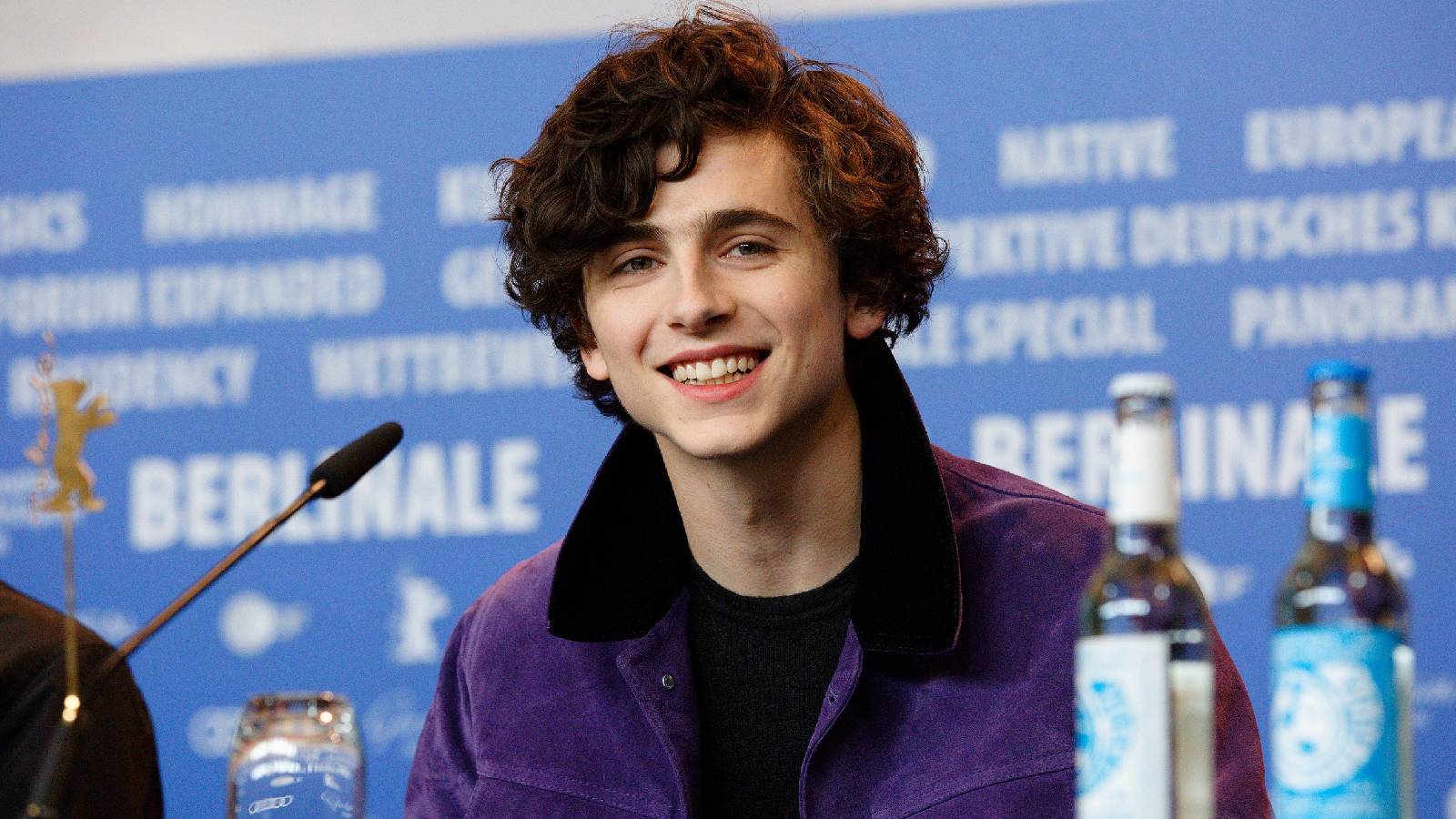 Timothée Chalamet’s Hollywood ascendency continues unabated despite his already established meteoric success. In a Time Magazine profile that dropped on Monday, the captivating actor revealed the advice he’s followed so far along this brief but illustrious career path: no hard drugs and no superhero movies.

“One of my heroes—I can’t say who or he’d kick my ass—he put his arm around me the first night we met and gave me [that] advice,” Chalamet says about the words of wisdom he received. So far, it’s certainly paying off.

The actor splashed the movie news headlines on the same day by releasing a set photo of himself as the iconic character of Willy Wonka. The prequel, titled “Wonka,” is set to open on March 17, 2023, and is currently filming in Lyme Regis, Dorset, England.

What’s more, Chalamet will soon premiere another book adaptation to his resume with the upcoming Denis Villeneuve film “Dune,” playing the starring role of Paul Atreides.

“Dune” is set to be released on Oct. 22, a notable date that Metaflix has labelled “A Great Day In Cinema History” due to its confluence of films hitting theaters. Among those gracing the silver screen? Wes Anderson’s “The French Dispatch” also starring Chalamet.

Yet, despite all that stardom, and the incredible achievement of starring in two of the most anticipated films of the year premiering on the same weekend, Chalamet does his best to stay grounded. “I don’t want to say some vapid, self-effacing thing,” he says in the Time interview. “It’s a combination of luck and getting good advice early in my career not to pigeonhole myself.”