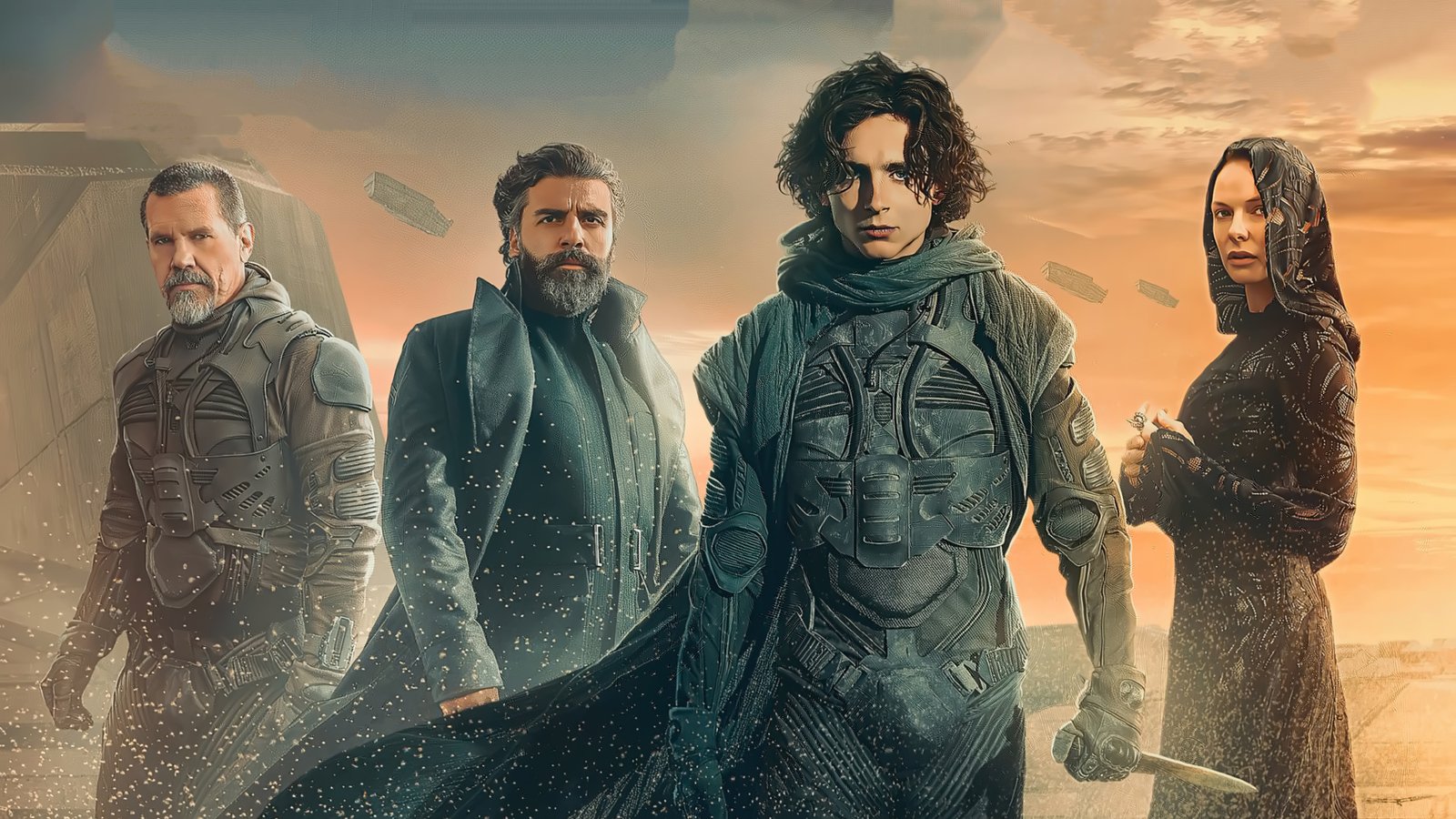 “Dune Part 2” is a go and we here at Metaflix couldn’t be happier to hear the news. “Dune” was a refreshing and well made adaption of the Frank Herbert’s 1965 novel. It seemed Hollywood was allergic to this franchise as they had buggered every attempt at adapting it properly. Fortunately, Denis Villeneuve came along and, well, the rest is history.

Or it’ll be as such when we get Part 2 in 2023. Maybe even more as Dune has five sequels. But let’s not get ahead of ourselves just yet. Yes, Dune did well enough at the box office and on streaming to warrant a sequel, but if we’re gonna get a whole Dune franchise, then we need to see them numbers go waaaay up.

So, we here at Metaflix have decided to compile the top five reasons to see “Dune” on the big screen. If you haven’t seen the movie yet, don’t worry, there won’t be spoilers. If you already have on HBO Max, then you know exactly why these are great reasons to see this film in IMAX.

These weird, futuristic dragonfly ships are a surprising highlight of the film. Not only do they look good, but oh boy, they sure sound good too. There is just something so satisfying about the loud and powerful fluttering noise they give off.

First off, these guys are scary. Crazy warrior zealots from the future are terrifying enough. Add to that, they also have some real spooky sounding voices. Like, how do they naturally sound like demons are inside them? If I could ever make my voice synthesize like that, then I would immediately make a call for a young and old priest to be at my bedside pronto. Still, you gotta recognize that their throat singing is next level.

It’s really hard to tell scale unless you’re seeing things on the big screen. And let me tell you, “Dune” is a film with epic scale. Giant ships go boom a lot in this movie and it feels so much better to look at on a 50 by 70 foot IMAX screen. Your seat will shake, your eyes will water, and you will be transported to that sandy hellscape, forgetting where you are.

God, I love this guy. His ability to capture the tone and setting with the music he composes is something to marvel at. There isn’t a Hans Zimmer track out there that doesn’t hit every beat that it has to for a scene. Hearing it emanate from the loud speakers of a theater is spine chilling and exhilarating.

Praise Shai-Hulud! Was there any doubt that these behemoths weren’t going to be number 1? These monsters sold “Dune” and while they are not the main thing you should take away from the franchise, giant sandworms are always going to be dope no matter what. Seeing this baby on the big screen is intimidating and will stick with you long after you left the movie theater.