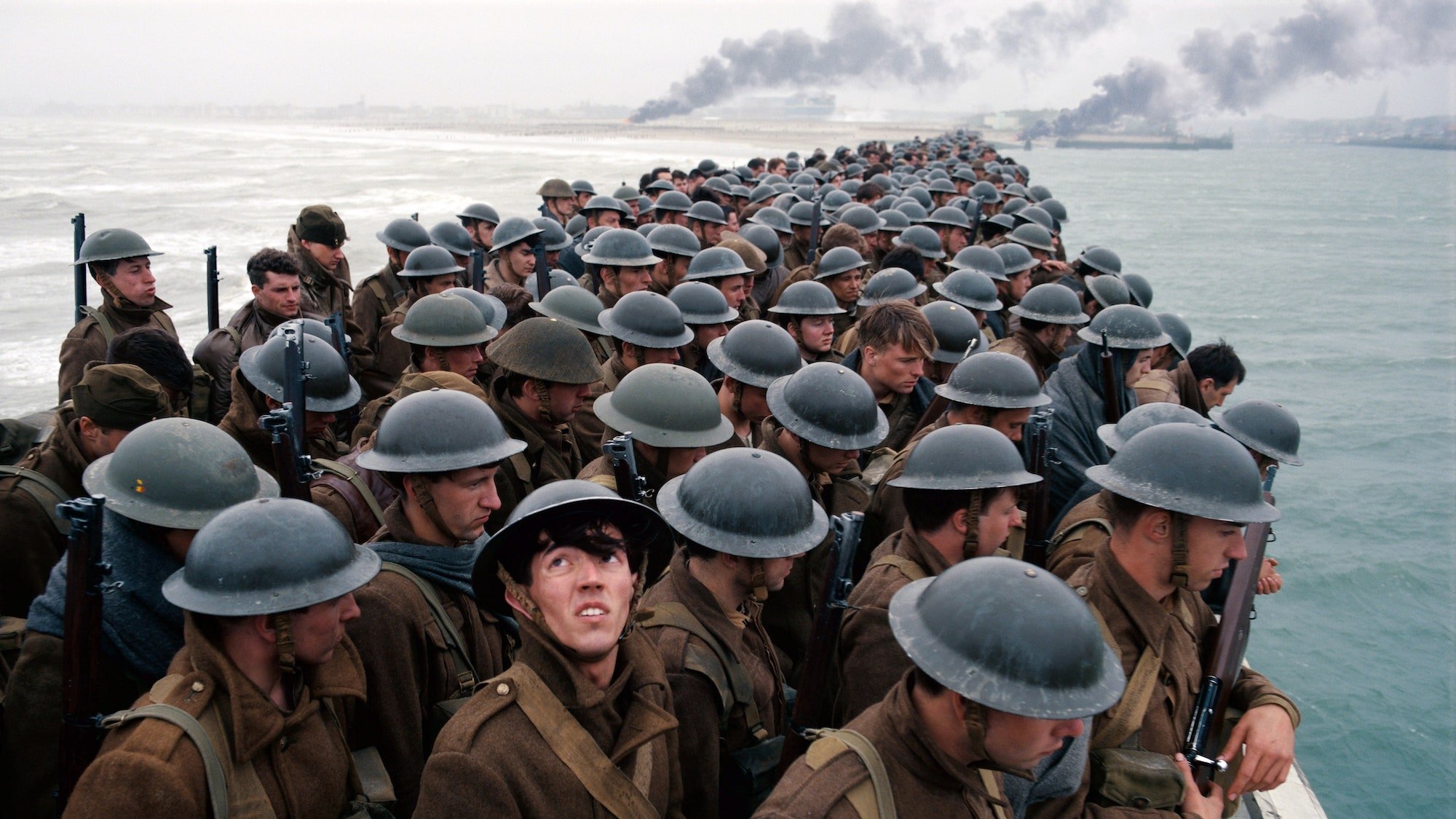 We decided to rank the six best war movies. As with all lists, it is highly subjective and will likely make some of you scream at your phones when you disagree with some of my choices. Nevertheless, I will plug on. One of the most challenging aspects of ranking is deciding what even counts as a war film. Some of it can feel quite arbitrary. Did I classify “Casablanca” as a war film? No, nor did I let “Lord of the Rings” through. Bear with me, and remind yourself that nobody is carving this into the side of a mountain.

“Full Metal Jacket,” “The Thin Red Line,” “The Hurt Locker.” What? How could you put these films in honorable mentions? Buddy, I warned you this list may make you angry. All three of these films are brilliant in their own right, and certainly deserve mention in any discussion about war movies.

For the opening scene alone, “Inglourious Basterds” deserves a spot on this list. It’s a masterclass in tension and deception, and as the reality of the situation sinks in, it is also quite heartbreaking. And while the rest of film struggles to live up to its monumental opening, it’s nevertheless a brilliantly dark, funny, and well-acted (hey Christoph Waltz) alternate WWII history.

Quentin Tarantino’s signature dialogue and characters makes this movie the most lighthearted entry on the list, but that doesn’t stop it from still packing a punch.

Francis Ford Coppola’s journey to make this film is almost as harrowing as the film itself (see: “Hearts of Darkness”). But in Coppola’s epic, a soldier travels through Vietnam to assassinate a rogue officer. Most of the journey occurs on the river, as the team of soldiers slowly get beaten down by the terrain and psychological pressures of war.

In a unique turn at the time, the war film strayed away from pure shoot ‘em up and focused on the lasting trauma of war. In a time when PTSD was first being recognized and defined, “Apocalypse Now” brutally gives it human faces. Despite some issues with representation, “Apocalypse Now” is an unflinching look at wartime trauma.

Christopher Nolan’s masterpiece is a different breed of war movie. “Dunkirk” is a film about anticipation. Much like Hans Zimmer’s score that seems to build and build without resolving itself, the film is always waiting for something bad to happen. For a film like “Dunkirk,” you would be fine watching it on a stool instead of a chair. You will always be on the edge of your seat anyway.

It’s Nolan’s confident direction that produces such terror in anticipation. 90 minutes of pure suspense later, “Dunkirk” is a brilliant look at the pressure of life and death when it is out of your control.

It’s Sam Mendes’ risky choice to film in long takes to simulate a “one shot” movie that elevates “1917” to one of the best war films ever made. The story is almost mythical—two men are tasked with delivering an important message across a landscape of dangers—and the long runs through the trenches and abandoned buildings will leave you breathless.

But the deeper brilliance of this movie lies in how quickly it escalates in moments. Through beautiful landscapes and peaceful silence comes horror and death and fire. There’s not a moment of rest as the world around a lonely messenger is torn apart by war, and life and death is on the line in his race against the clock.

Steven Spielberg wastes no time throwing us into the world of WWII. While “Inglourious Basterd’s” opening scene may be a masterclass in tension, “Saving Private Ryan’s” is a masterclass in pure horror. Beginning on the beaches of Normandy, the film follows a captain who is tasked with finding the fourth brother of a family where the other 3 have died in battle. In an effort to bring him home, the characters face the strenuous landscape of Europe in the second World War.

“Schindler’s List” is not a movie meant to be seen, it’s meant to be felt. With over 3 hours of bleak hopelessness, Spielberg makes this film equally impossible to watch and impossible to look away. It’s difficult, important, and brilliantly shot. The black and white scenes—with an occasional symbolic red—immerse the viewer in a world of darkness.

Despite some criticism that the film “makes a feel-good movie about the ultimate feel-bad experience,” the impact is undeniable. Unique on this list, the film does not follow a soldier or a military mission, but as a war film it is able to capture darkness, hope, tension, and valiance all while never shying away from hitting the audience right in the gut. “Schindler’s List” is a movie that lives with you long after the credits roll.

Because this is not a movie, it didn’t qualify for the list. But it deserves a mention as “Band of Brothers” is potentially the greatest war story told. From executive producers Tom Hanks and Steven Spielberg, coming off “Saving Private Ryan,” “Band of Brothers” is a 10 episode HBO miniseries that follows the Easy company from training to D-Day to the end of WWII in Europe.

With a wide cast of characters and experiences, “Band of Brothers” is able to get involved in unique aspects of WWII. From exploring officers or soldiers of different ranks to medics, the series moves through different landscapes in Europe. With some episodes exploring the different aspects of being a soldier to others exploring the visceral trauma from a high-stress battle, “Band of Brothers” marks itself as one of the most well-crafted exploration of war on the screen. 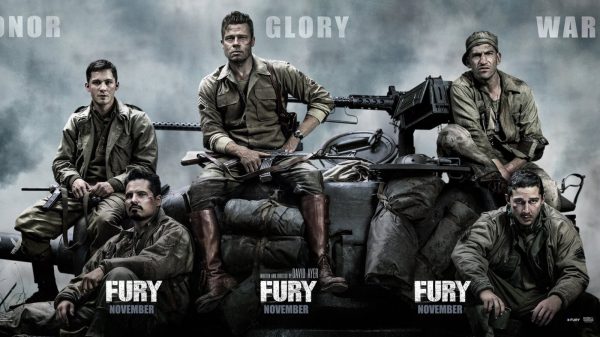 How Christopher Nolan Incorporates Time Into His Scripts, Cinematic Themes and Scores

We all know and love Christopher Nolan — the iconic film director responsible for such well-known films as “Inception” and “Interstellar.” Fans of his... 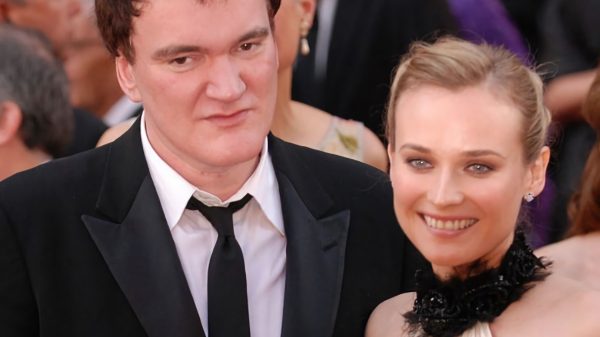 One More Film And Then He’ll Call It Quits: What Tarantino’s Decision Means For The Industry