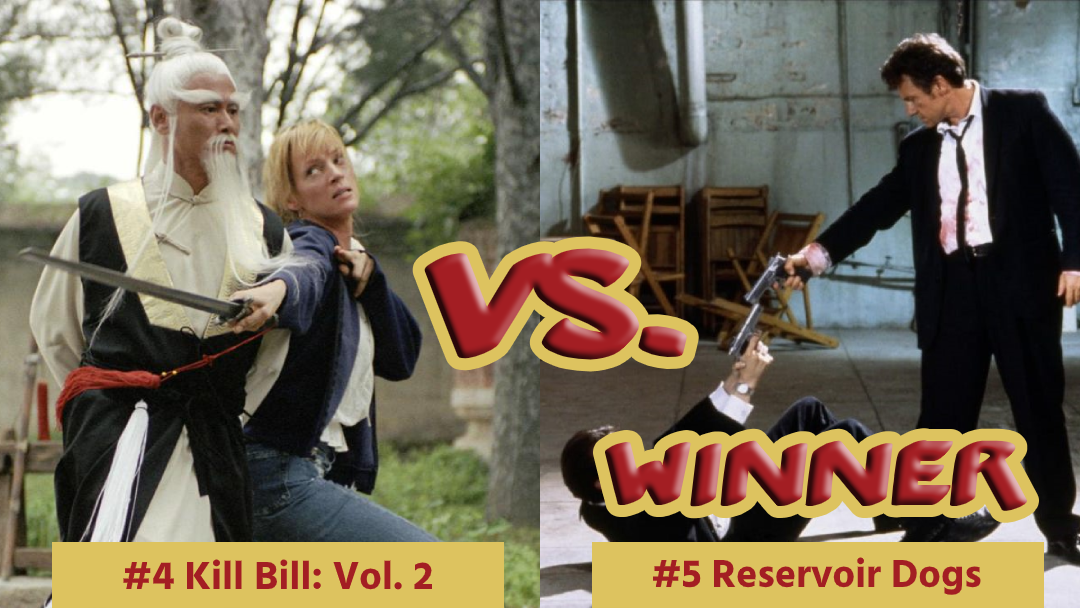 It’s election season and everyone needs to be reminded that YOUR VOTE COUNTS. Perhaps Metaflix’s ongoing Battle Royale with Cheese isn’t quite as important as the contest to determine who is going to be president of the United States for the next four years, but it’s real to me damnit!

Even though I’m calling the win of “Reservoir Dogs” over “Kill Bill 2” an upset, it was #4 seed versus #5 seed, so the poll really could’ve gone either way. However, I’m still surprised at how lopsided the result ended up being: 43 votes to 17, a shellacking.

Of course, an effort such as this wouldn’t be complete if there wasn’t a whole lot of bitching and moaning about it on social media. Most are whining about the seeding, as if “Reservoir Dogs” as a #5 seed is insultingly low. Yet how many people would actually place it above “Pulp Fiction,” “Inglourious Basterds,” and “Kill Bill 1?” Few, if any.

So there you have it. Now it’s “Reservoir Dogs” versus #1 seed “Pulp Fiction” in the semis, a match that will take place in a couple of weeks after wrapping up the last quarterfinal matchup of “Inglourious Basterds” versus “Django Unchained.”