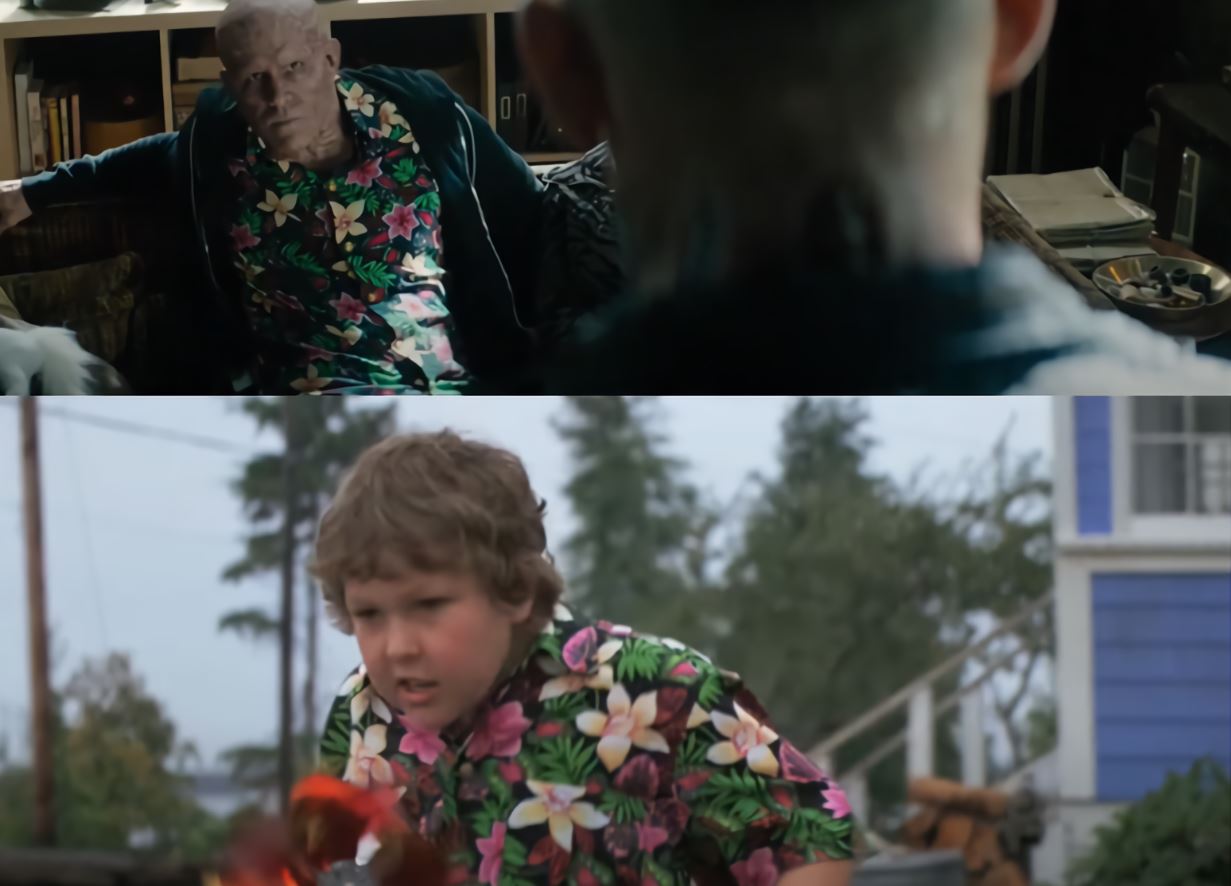 Metaflix is going full Goonies today. Why? Because Goonies never say die, that’s why. I know that doesn’t make any sense but just go with it, alright? All Goonies. All day.

For today’s Movie Detail Monday, I’m keying on a very particular and deliberate shirt that the wardrobe department made for Ryan Reynolds to wear in ‘Deadpool 2.’

In the scene where Deadpool is rocking those disturbing little baby legs and negotiating with Cable (Josh Brolin), Deadpool is wearing a distinct floral print shirt with magenta and yellow flowers. Look familiar? It might. That’s because Chunk from “The Goonies” wore a nearly identical shirt.

This is obviously Deadpool referencing “The Goonies,” the film where Josh Brolin got his big break playing Brand.

Too subtle? For most in the moment … probably. Then again, Deadpool is PACKED with Easter eggs that are bound to get missed in real time.

So for less subtlety, there’s a line in “Deadpool 2” where Deadpool straight up calls Cable “One-Eyed Willy.”

In this article:Deadpool, Featured, Movie Detail Monday, The Goonies