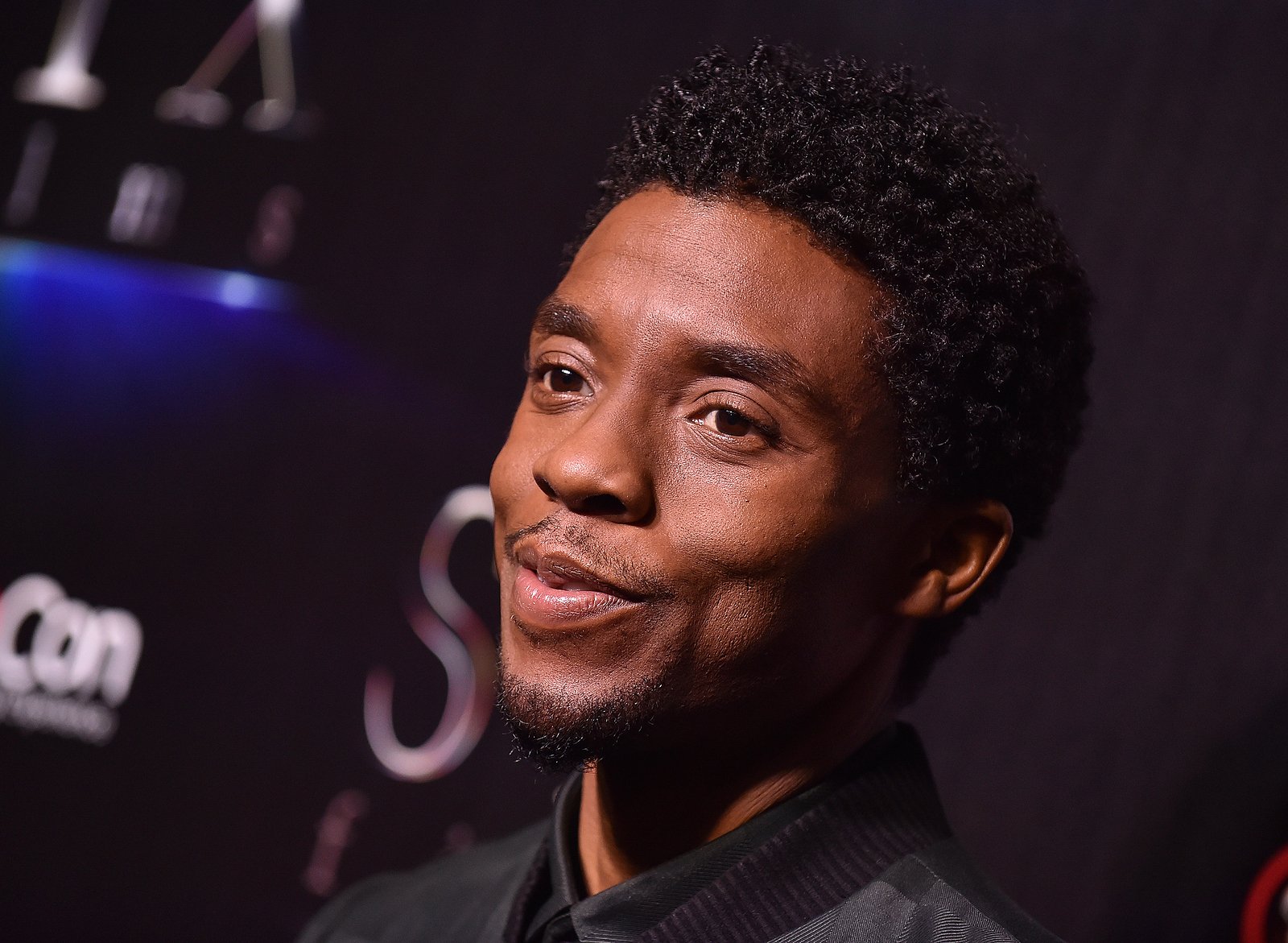 LAS VEGAS - APR 02: Chadwick Boseman arrives for the CinemaCon 2019 - STXfilms presentation "The State of the Industry: Past, Present and Future' on April 02, 2019 in Las Vegas, NV

One of my favorite movie theater experiences was when I saw “Black Panther” on opening night in Atlanta, Georgia in 2018. People wore dashikis, headdresses, and regal African garb. Whole busloads of schoolchildren flooded the theater. When the “Marvel Studios” logo appeared onscreen, a loud cheer erupted from the audience as if we had all watched our football team score a touchdown. When the fictional African country of Wakanda was revealed, the audience gasped and children said “Wow!” It was the moviegoing experience at its most pure: sharing a terrific story with strangers in real time.

Much lip service was given later to the cool soundtrack, the dazzling special effects, the stellar cast, and the Academy Award-winning costumes, but it was the late Chadwick Boseman, who died Friday at age 43 from colon cancer, who sold the role of King T’Challa, the Black Panther. He played the right tone of humble while also knowing his worth. He handled would-be assassins in a skintight suit and politics in a three-piece suit with the same regal grace. In his slightly furrowed brow and expressive eyes, we were not told that T’Challa was conflicted about being the king of Wakanda. We could see it for ourselves.

Boseman was no stranger to playing Black heroes, from James Brown in “Get On Up” to Thurgood Marshall in “Marshall” and Jackie Robinson in “42.” Many have noted that it seems silly to revere his superhero role when he played so many real-life heroes, but Boseman’s role as T’Challa was groundbreaking. In the wake of his death, many people have cautioned against conflating Boseman with Black Panther when his body of work shows impressive range, but Boseman approached the role with a respect to the craft of acting that changed the way superheroes are depicted on film.

Boseman passed away on “Black Panther” creator Jack Kirby’s birthday, August 28, which is of note because Black Panther was the first and longest-running Black superhero in superhero comics. Black Panther also remains one of the few superheroes in any mainstream comics that is not a Black sidekick to a white superhero, such as Falcon to Captain America, or a Black iteration of a superhero that was originally white, such as Jon Stewart’s run as the Green Lantern. In the comics, Black Panther did not need anyone’s permission to exist, nor did he dull his light to make a white superhero shine, and Boseman understood this. Boseman was the first Black lead of a Marvel Cinematic Universe (MCU) film, though not the first Black lead of a Marvel Comics film as “Blade” was originally a comic series. “Black Panther” was a runaway financial and critical success, grossing over a billion dollars worldwide and earning 7 Oscar nominations, winning 3.

Considering its success was so great that Jimmy Kimmel made a joke about it at the 2019 Oscars, it’s hard to believe now that before it was released, people expected “Black Panther” to fail. The venerated Marvel superhero made a splash in 2016’s “Captain America: Civil War,” but trolls decried “Black Panther” as having too much of an “SJW” agenda. Many took issue with the superhero sharing the same name as the militaristic civil rights group the Black Panther Party, but Black Panther the superhero actually predates the founding of the Party by several months, and the Party was inspired by a smaller group in Alabama that used a black panther as their logo. Mouth-breathing keyboard warriors speculated that the movie would make “some” money because people would want to see how it would play into the “Avengers: Infinity War” storyline, released two months later, but that it would “fail.” They could never properly articulate why it would fail for fear of exposing their racism, but they were confident that it would.

What the keyboard warriors didn’t count on was Boseman’s powerful nuanced performance of T’Challa. In “Captain America: Civil War,” T’Challa established himself as the coolest guy in any room he was in. Even when his father T’Chaka (John Kani) is assassinated, T’Challa rises to the occasion and proves a worthy foe for Chris Evans’ Captain America. In “Black Panther,” T’Challa was a prince becoming a king, but also a son, and an older brother. He was also, he learns, a cousin, and his cousin Erik Killmonger (Michael B. Jordan) makes very valid points about Wakanda hoarding its vibranium riches while the African diaspora struggles around the world.  A lesser MCU actor would have only brooded throughout the film, but we see Boseman palpably struggle with the grief of losing T’Challa’s father while also coming to terms with the lies his father told. The effect is Shakespearean, without the long monologues.

Boseman also carefully crafted a southern African accent for his role, something for which he received pushback from Marvel. This is important because most aristocracy in film is depicted as having British accents no matter where in the world the movie takes place, and most African accents in film either belong to ruthless warlords or are caricatures such as “Coming to America.” But Boseman felt like T’Challa having a British accent subtly implied that Wakanda had at one point been colonized, which defeated the original comic purpose of Wakanda, a self-sustaining and thriving country that had never been colonized.

“It felt to me like a deal breaker,” Boseman told the Los Angeles Times in 2016. “I was like, ‘No, this is such an important factor that if we lose this right now, what else are we going to throw away for the sake of making people feel comfortable? … Once we decided to do it, we went for it.”

Sadly, another element of Boseman’s death casts a pall over his acting: he was diagnosed with Stage III colon cancer in 2016, just as he was beginning his Marvel career. The Marvel shooting schedule, workout regimen, and press junkets are all hell on the healthy body, but Boseman never let his fans know anything was awry. He worked around chemo and surgeries and continued doing the grueling Marvel-actor ringer. Unlike his conflicted path to kinghood as T’Challa, he graciously filled his role as a hero to millions of Black children around the world. He even visited children’s cancer hospitals, bringing children joy to see their favorite superhero while never letting on that he was fighting the same battle they were.

Perhaps we can learn something from Boseman’s acting as T’Challa when someone we find dear is ripped from us so suddenly. Someone else will fill the role eventually (I personally find it tasteless to speculate as to who right now) and we hope they will approach it with the same thoughtfulness. When we consider Boseman’s personal struggles with the outstanding body of work he produced, it is true what King T’Chaka said in “Black Panther:” it is hard for a good man to be king.