DC Fandome has given us another serving of hot DC movie news! This time we have ourselves an a sneak peek of the “Black Adam” film. That’s right, that movie about a “Shazam” villain that was just being made to satiate Dwayne Johnson’s ego has actually been made. Only The Rock could get this film that seemed destined for development hell made into a movie.

The film came about as a result of concerns by the studio (and the actor I’m sure) that Dwayne Johnson’s profile was being wasted on a villain. I’m not one to argue with the popularity of Dwayne “The Rock” Johnson, but I for one would have just recast him as a superhero instead. I mean, how many good villains must we lose to this trend of trying to turn bad guys we like into anti-heroes we like.

Still, the film has a hell of a cast of characters to help round things out. We have Pierce Brosnan as Dr. Fate. The character is like DC’s Dr. Strange, but he is played by James Bond, so he has that over the sorcerer supreme. That is unless Cumberbatch throws his hat into the ring for next Bond, but I digress.

The film will see the introduction of the Justice Society, a discount version of the Justice League. They have some names you might recognize if you’re into the comics. If not, then well… they got Hawkman! The larger cast is ultimately just here to highlight our lead, Black Adam. His motives are not all clear and whether we’ll see him and “Shazam” come to blows is something I’m sure we’ll have to wait and see for the next one. For now, “Black Adam” looks to be quite the ride. 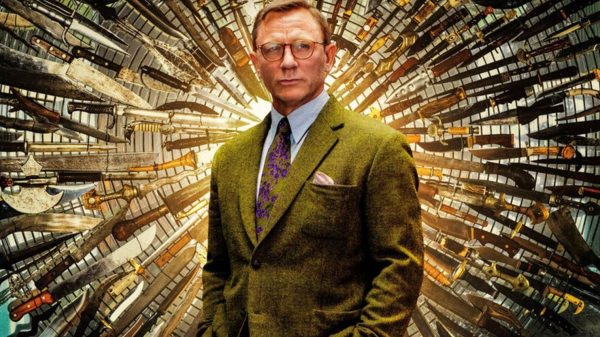 Daniel Craig and Netflix are very, very chill. Thanks mostly to the streaming service’s whopping payouts for the “Knives Out” sequels, Craig now reigns...