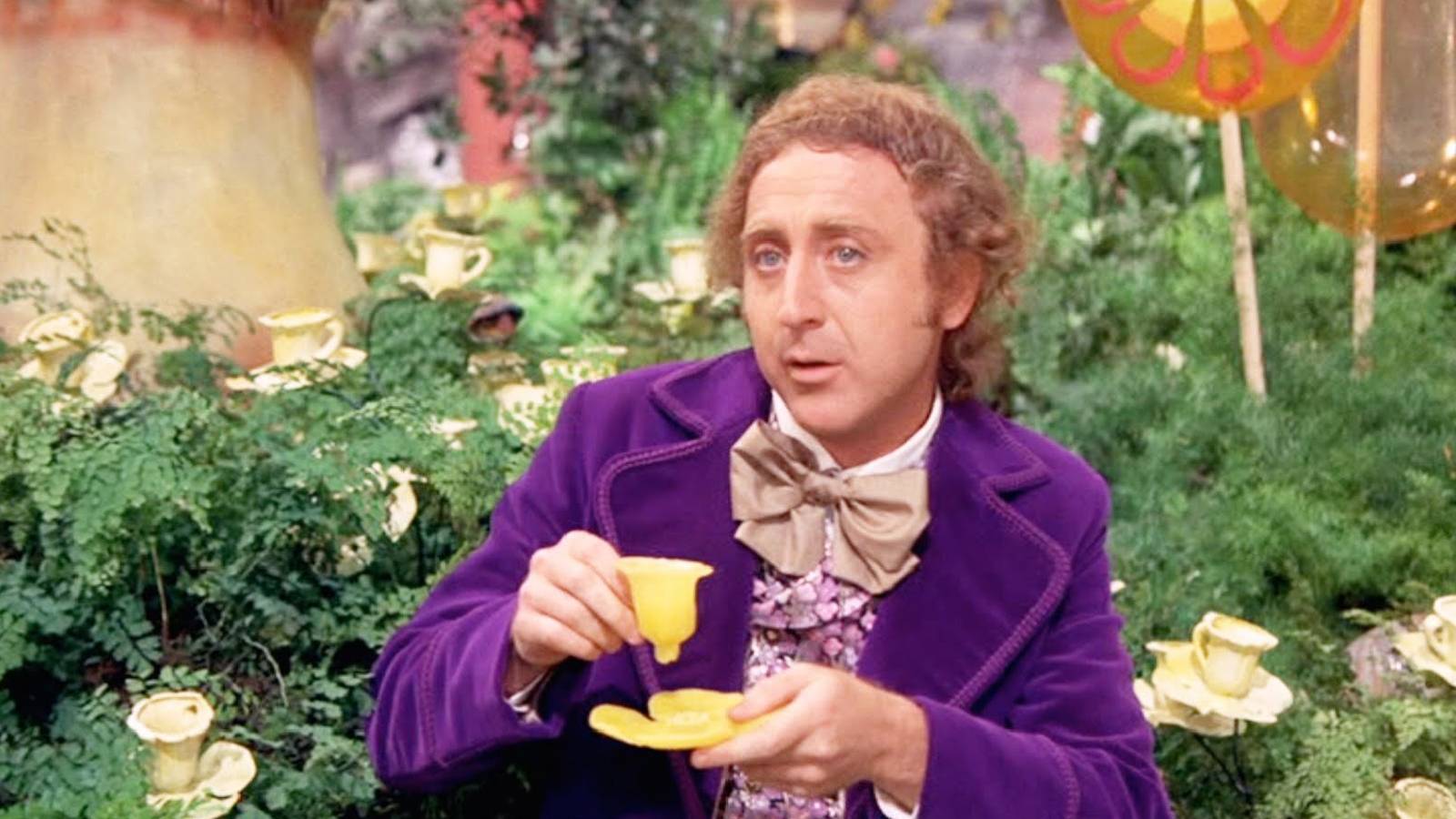 The fantastical and whimsical movie “Willy Wonka & The Chocolate Factory” is a childhood classic of the ’70s. Adapted from the 1964 novel “Charlie and the Chocolate Factory” by Roald Dahl, the movie tells the story of a poor boy, Charlie Bucket, and four other children who find golden tickets hidden in world famous Wonka chocolate bars. As a reward, the children are given a chance to tour Wonka’s famous factory and are promised a lifetime supply worth of chocolate. This movie is set in a land of fantasy filled with sweets and treats but a morbid fan theory claims that the eccentric Willy Wonka (played by Gene Wilder) might not be as sweet as his factory.

In the film, the children, along with a chaperone of their choice, visit the secretive factory of candy maker Willy Wonka. The first of the five children to go was gluttonous Augustus Gloop. Despite being told not to eat anything in the candy land room, Augustus drinks straight from the chocolate river and falls in. He gets sucked up by a huge pipe and is taken to the fudge room. Then, Wonka takes the remaining four children and their parents to the invention room and gives everyone an everlasting gobstopper.

Violet Beauregarde, despite being warned, chews on an experimental three-course dinner gum and blows up like a giant blueberry. She is taken away to get “squeezed” before she explodes. The rest of the group are then taken to the Fizzy Lifting Drinks Room.

When Charlie and his grandpa Joe ignore Wonka’s warning and sample the drinks, they float dangerously close to an exhaustion fan and barely escape a near-death experience.

In the Golden Eggs Room, bratty and spoiled Veruca Salt demands a golden goose for herself but ends up falling into a garbage chute that Wonka claims leads to the furnace where all the “bad eggs” go.

Finally, the rest of the group checks out Wonkavision, which Wonka uses to teleport huge chocolate bars that shrink when teleported. Mike Teavee teleports himself and becomes only a few inches tall, and is taken to Wonka’s taffy-pulling-machine to be stretched out.

At the end of the tour, only Charlie and grandpa Joe are left but Willy Wonka denies Charlie of his lifetime chocolate reward. Instead of reacting in anger and revenge, Charlie returns the everlasting gobstopper to Wonka, passing the test and becoming the factory’s next successor.

Despite seeming like a family/kid-friendly movie, fan theories reveal a much darker possibility for the film. The famous theory claims that Willy Wonka was actually a serial killer that lured children into the factory to kill them off one by one. Viewers speculate that Wonka carefully calculated who would receive the golden ticket making the children not lucky recipients of an award but unfortunate victims in his conniving scheme.

Viewers have even compiled some pretty interesting evidence to support this twisted theory. The children that are featured in the story are all undeniably greedy characters that never listen. Even the exception, Charlie, disobeys Willy Wonka’s rules and almost meets a terrible fate. This sinister theory suggests that Wonka’s plan was intended from the start for terrible children to suffer terrible fates. This would explain why Wonka always had a nonchalant attitude towards the ordeals and why the Oompa Loompas were always ready to break out into song after the children met their unpleasant demise.

In the end, instead of the happy-ending that the film suggests where Charlie gets to inherit the factory, the theory points to Charlie as becoming Wonka’s equality mad and brainwashed protegee, twisting the narrative into an unfortunate and conniving tale of a mad-man’s twisted scheme.

In this article:Featured, Gene Wilder, Roald Dahl, Willy Wonka and the Chocolate Factory