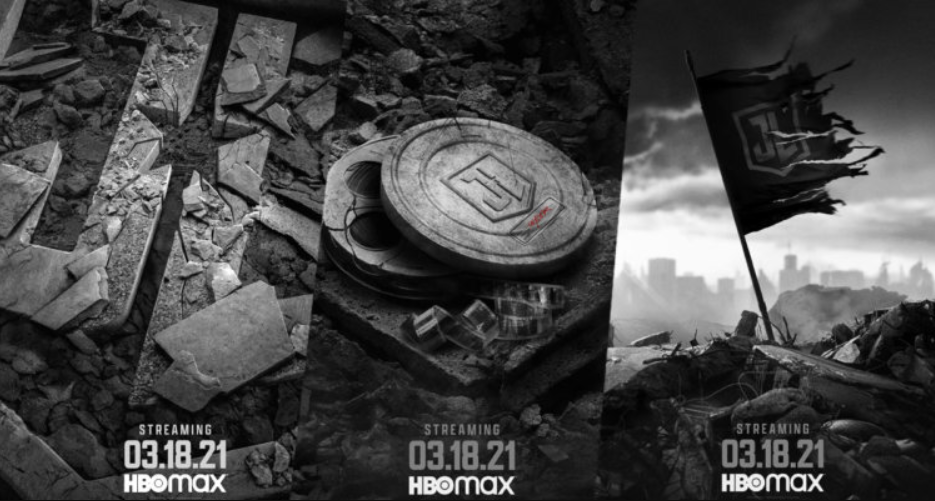 HBO Max has officially confirmed the release date for Zack Snyder’s Justice League cut on Friday, tweeting out that the highly-anticipated movie will exclusively hit the streaming service on March 18.

In doing so, they also confirmed a number of other elements that had previously been up for speculation. First, the release will indeed be a complete movie, not a four-part miniseries of one-hour shows as the director recently suggested. Second, the name of the film appears to remain unchanged from simply “Zack Snyder’s Justice League.” And third, the studio and director each released a series of three teaser art prints with Snyder adding the words, “Fallen,” “Risen,” and “Reborn.”

HBO Max also revealed the official new synopsis for the film, saying in part “In ZACK SNYDER’S JUSTICE LEAGUE, determined to ensure Superman’s (Henry Cavill) ultimate sacrifice was not in vain, Bruce Wayne (Ben Affleck) aligns forces with Diana Prince (Gal Gadot) with plans to recruit a team of metahumans to protect the world from an approaching threat of catastrophic proportions.”

The upcoming release of the movie is in large part due to the relentless fan campaign to #ReleasetheSnyderCut. The 2017 film was originally produced under Snyder’s direction, but his daughter died shortly after principal production wrapped. Snyder then left the project to cope with the family tragedy.

Joss Whedon stepped in to oversee post-production, however his influence on the final cut of the film went beyond just stewarding the film into theaters. Whedon also wrote and directed new scenes that did not appear in the original script. Following the film’s disappointing end result, fans and critics were left wondering if Snyder’s vision was far more effective. Once released on March 18, the world will be left wondering no more.