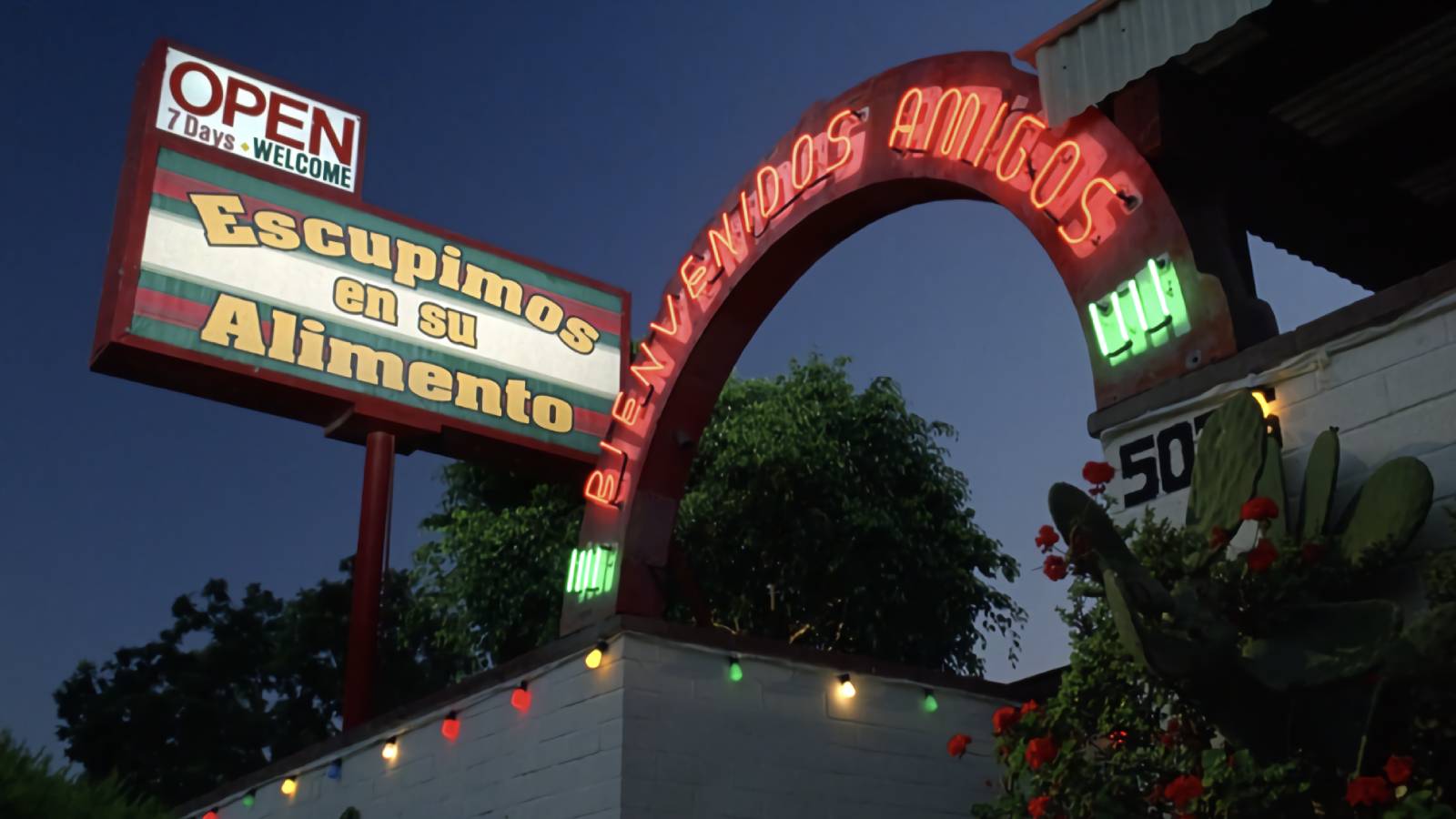 Anyone who knows a little bit of Spanish will instantly recognize this joke in “Anchorman.” Anyone who doesn’t know Spanish, perhaps because in high school they decided to take German for some silly reason (scheisse!), will have the joke go right over their head.

Prior to the scene in which Ron Burgundy (Will Ferrell) is fired for his outbursts, Veronica Corningstone (Christina Applegate) can be seen having dinner at a Mexican restaurant. The name of the restaurant according to the signage out front is Escupimos en su Alimento.

Non-Spanish speakers might assume Escupimos en su Alimento sounds enticing. Nay nay! Instead, it roughly translates to “we spit in your food.” But at least the food is cheap and the drinks are strong!

PS: if the sign were in German, I wouldn’t be able to read it anyway. After 9 years of German, spanning middle school all the way through college, I still only managed to graduate with the foreign language capabilities of a kindergartner.

In this article:Anchorman, Featured, Movie Detail Monday, Will Ferrell