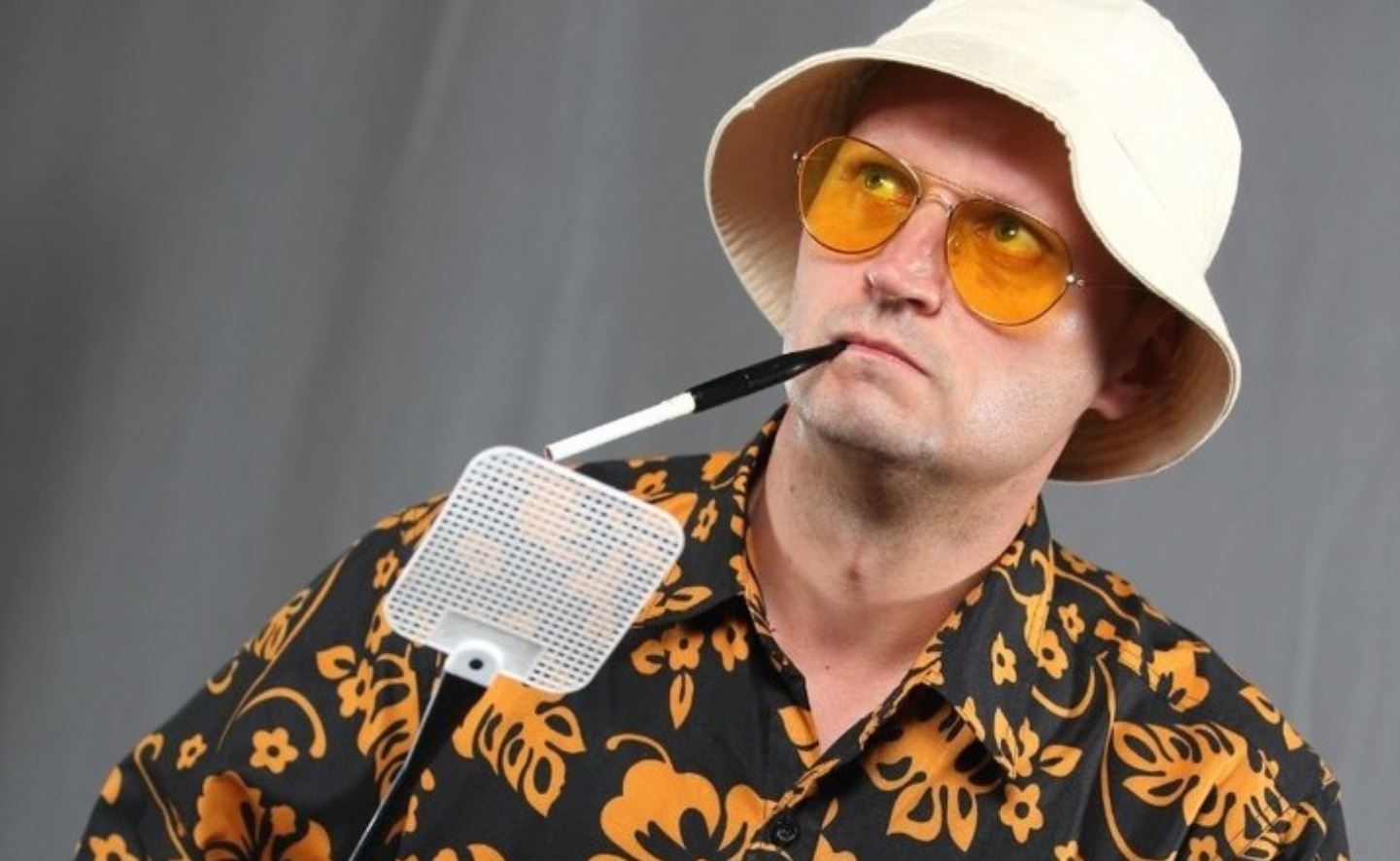 Introducing Janis.Zelcans as Raoul Duke, the protagonist in Hunter S. Thompson’s 1971 novel “Fear and Loathing is Las Vegas” and the 1998 Terry Gilliam movie adaptation of the same name.

Still not settled on a Halloween costume yet? How about a wild-driving, mescaline-eating, fire-breathing journalist? Not only is the outfit not hard to pull off, you can get blasted on booze and drugs all night and the costume only gets better and better! Just pick up a white bucket hat, some yellow tinted shades, a floral print short, and a fly swatter.

As for Mr. Zelcans, gotta admire his fun-loving ode to one of the best Johnny Depp performances of all time. He even includes one of the most enticing descriptions ever written: “There he goes. One of God’s own prototypes. A high-powered mutant of some kind never even considered for mass production. Too weird to live, and too rare to die.”