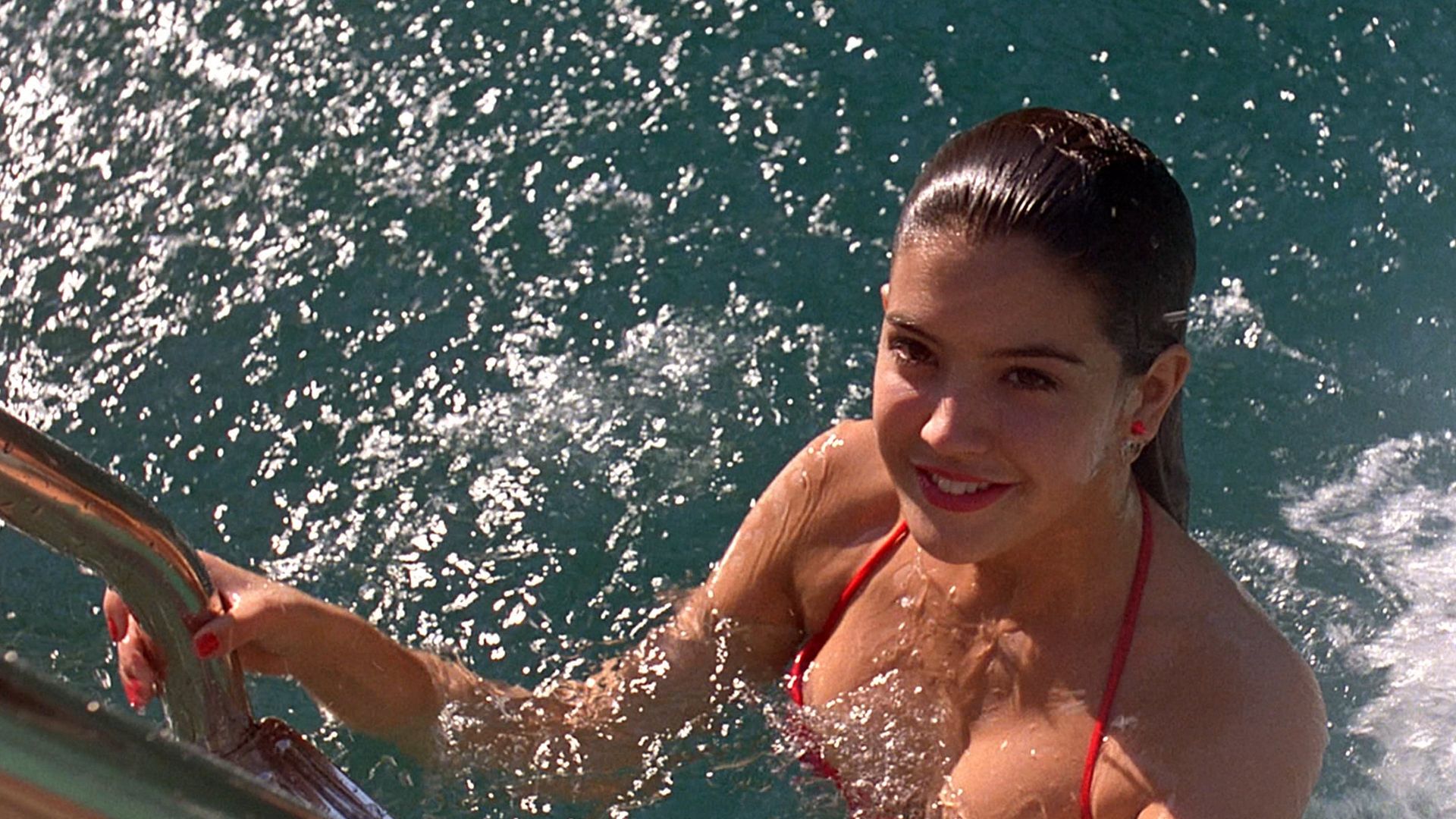 If you’ve ever fantasized about owning the ‘Fast Times at Ridgemont High‘ house (among other things related to the movie), now’s your chance to get in on the action.

The house–along with the backyard pool made famous by Brad Hamilton (Judge Reinhold) daydreaming about Linda Barrett (Phoebe Cates) while “Moving in Stereo” by the Cars plays in the background–is up for sale.

According to its Zillow listing, the modest ranch home features 3 beds, 2 baths (knock before entering!), for a total of 1250 square feet. The cost? A bank account-busting $740,000.

Curiously, the famous diving board has been removed, making any dream sequences of your own a little more challenging.

Coincidentally, the cast from “Fast Times at Ridgemont High” held a table read of the script last month for CORE Response coronavirus charity. Brad Pitt and ex-wife Jennifer Aniston joined in, acting out the pool scene as Brad and Linda. Aniston wore a red bikini top a la Linda over a white tank top, while Brad wore a pirate hat for his character’s fast-food restaurant employee costume.

“Fast Times at Ridgemont High” was written by Cameron Crowe and marked the directorial debut of Amy Heckerling.

For those who aren’t familiar with the significance of the pool sequence, or you just want to re-visit it after all these years, the scene can be watched below.