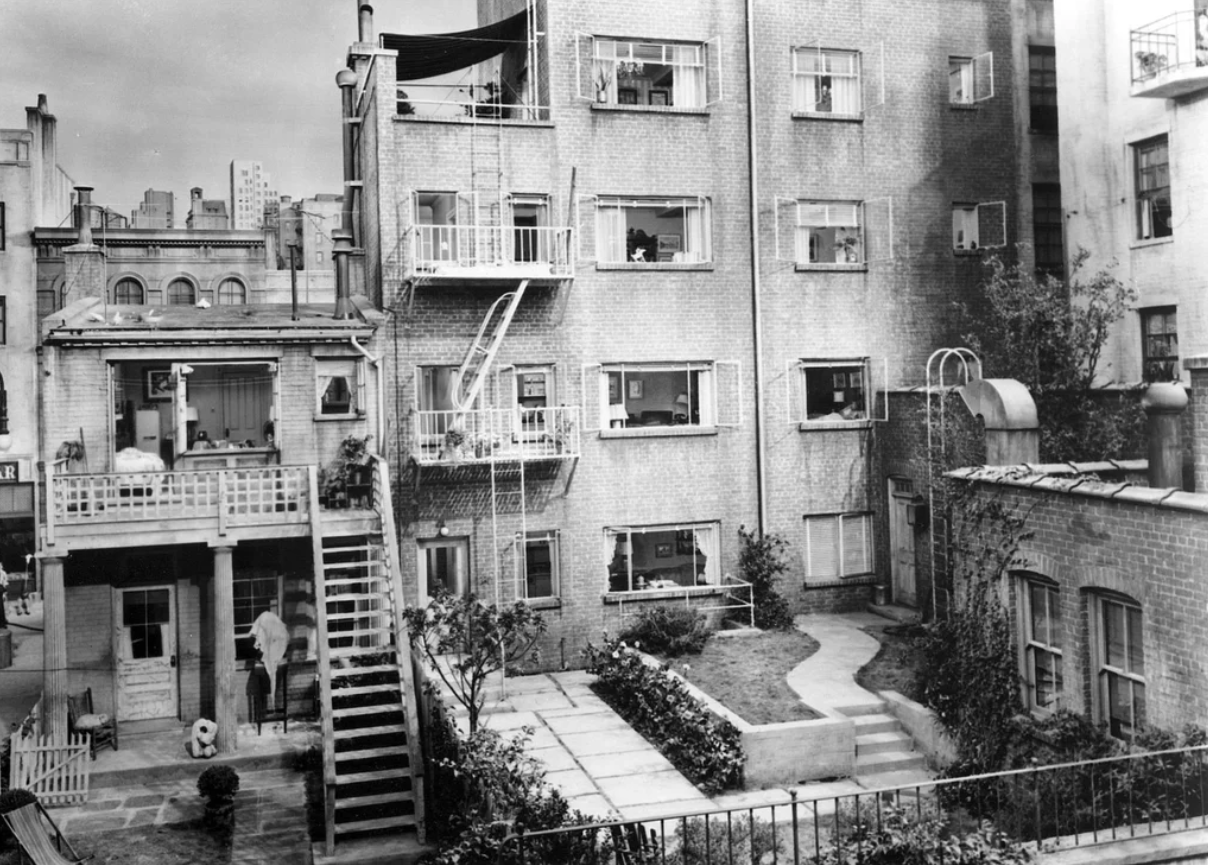 Alfred Hitchcock is inarguably one of the greatest filmmakers of all time. Known as the “Master of Suspense” with more than 50 movies gracing his filmography, ol’ Hitch was nominated for 5 Oscars throughout his legendary career, shockingly winning none.

“Rear Window” is a taut mystery that follows a recuperating news photographer (James Stewart) who has been confined in a wheelchair and is forced to pass time by observing the mundane day-to-day activities from his rear window. As he spies on the occupants of neighboring apartments, he becomes convinced that a murder has taken place.

During filming, it would’ve been quite easy and ordinary to use a mix of camera tricks and matte paintings to create the look and feel of a Greenwich Village courtyard. But Hitchcock is no ordinary filmmaker, and by 1954 he had enough clout in Tinseltown to build something truly astonishing.

In turn, Hitchcock built of one of the largest indoor sets ever constructed in Hollywood at the time. The set, built full-scale, was so massive it didn’t even fit into any of Paramount’s studios. As a result, they had into excavate down into one of the studio’s floor to allow for the building of the set. The whole set was almost 100 feet wide, 185 feet long, and 40 feet high.

There were 31 apartments with several of them being fully furnished, including working plumbing and utilities. Over 1,000 lights were used to mimic different weather and times of day. In total, construction of the set cost upwards of $100k, not exactly chump change for 1954.

In the embedded video, you can see a time-lapse that shows just how large the scale of the whole set really was. Check it out and be sure to sound off with your favorite movie set builds in the comments below.