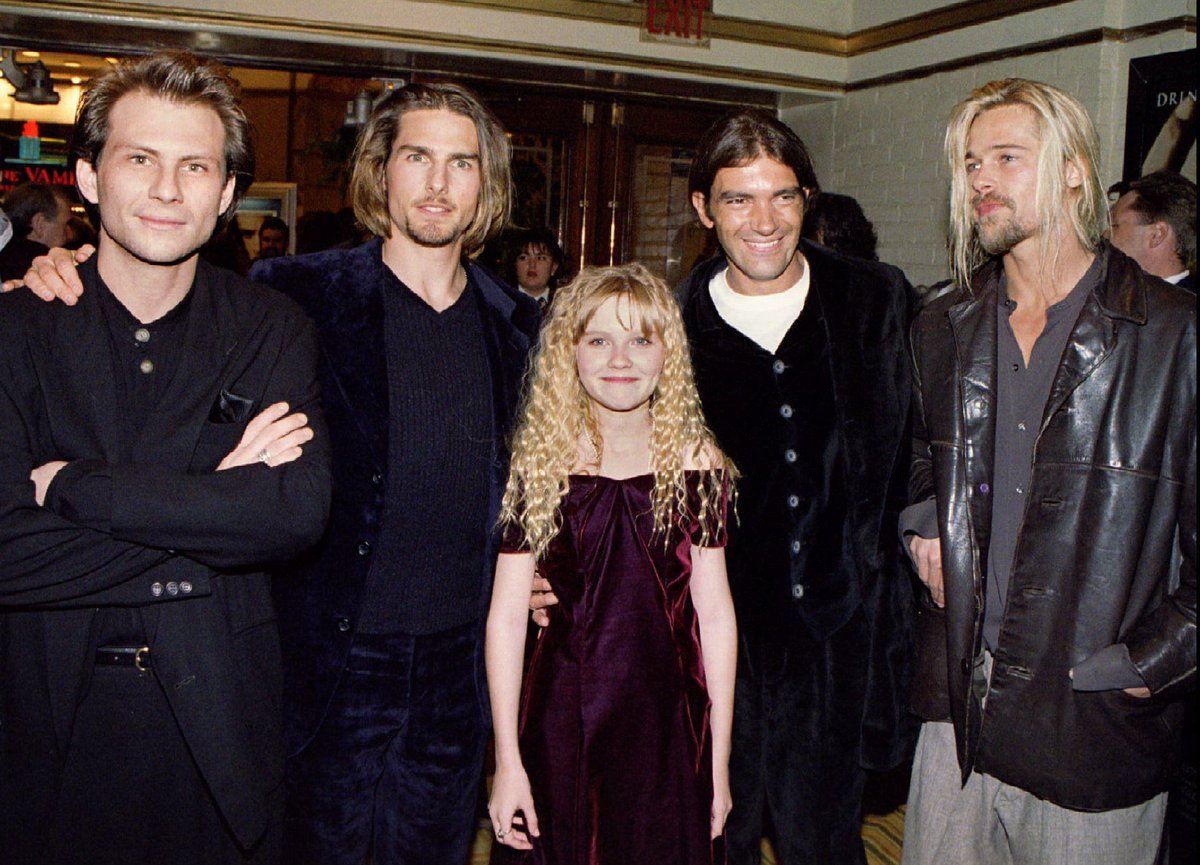 Ok not really but I mean, come on! Tom Cruise looks ready to suck the soul of the next person who walks by. The pale skin, the long hair, the empty look in his eye–all traits required of winged bloodsuckers.

Furthermore, it’s still not proven he isn’t immortal. Tom was 32 when this photo was taken and, aside from the hair, he looks identical to the Tom Cruise saving the world in “Mission Impossible: Fallout”.

Also, can we talk about what a star-studded cast this was? Tom Cruise, Brad Pitt, Christian Slater, Antonio Banderas, Kirsten Dunst–and those are just the actors pictured. Stephen Rea, Thandie Newton, and the late River Phoenix are also in the movie. And for what? A sub-par Neil Jordan story that sounds less like a film and more like a crackpot “what if” idea your stoned roommate tells you? “Alright dude hear me out. So it’s 60 Minutes-but with vampires.”

I mean, are people still scared of vampires? Is that a real phobia? “Yea dude I’m cool with bats. But if they start wearing capes, I’m out!” Thank God the film industry has realized the ridiculousness of vampires and pivoted to satirizing the villains with films like, “What We Do In the Shadows” and “Transylvania.” Although who knows, maybe 2021 will bring a reboot of “Interview With the Vampire” starring Timothee Chalamet and Zendaya. For now, I’m content with gazing at the above picture and reminiscing of simpler, paler times in Hollywood.