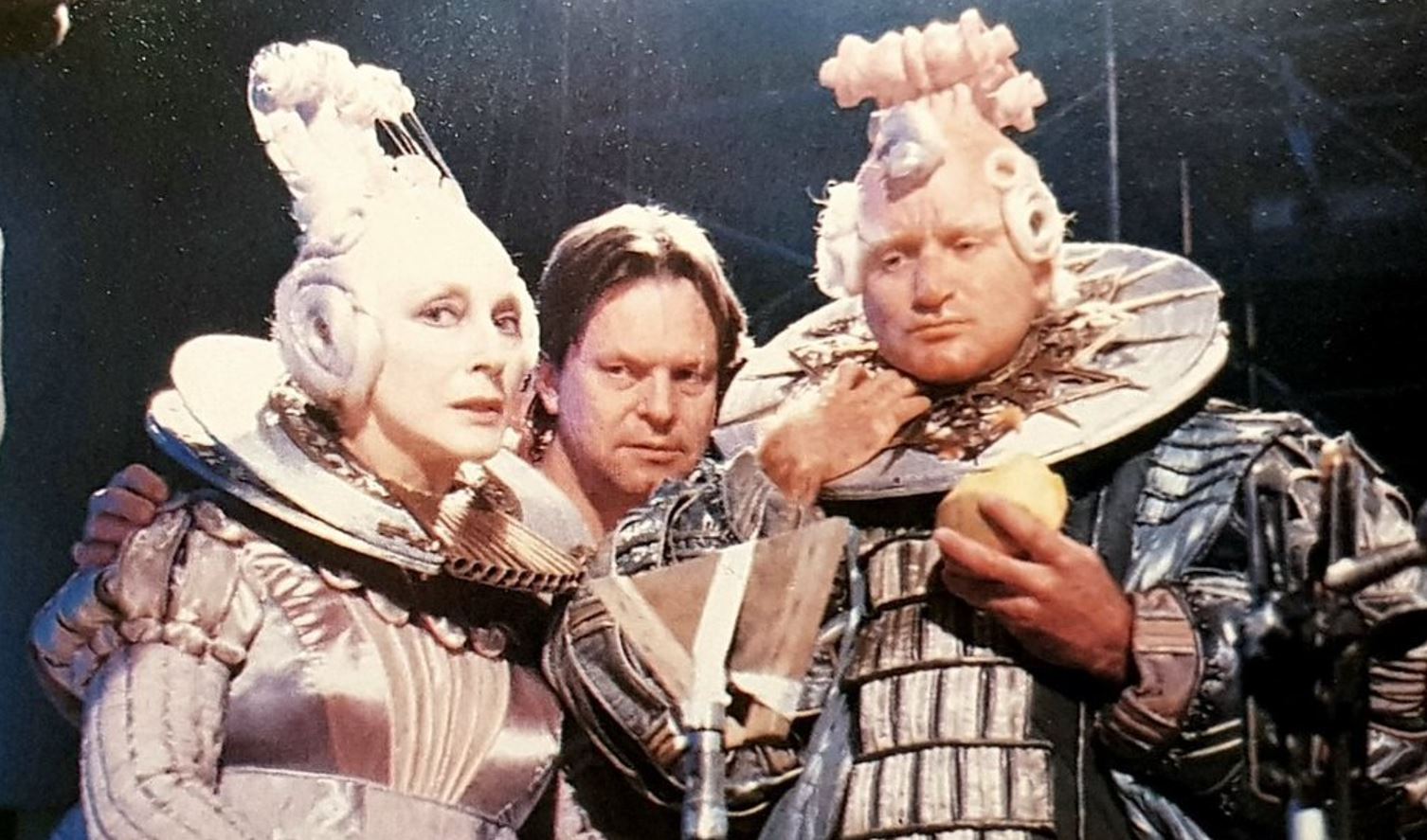 This behind the scenes photo strikes close to home.

I watched “The Adventures of Baron Munchausen” ENDLESSLY as a kid, marveling at the bizarre world filled with even more bizarre characters created by Terry Gilliam. Who knows how or why or where on earth my family got the VHS, but luckily for me, it indeed came into our possession!

“Munchausen” is the third entry in Gilliam’s “Trilogy of Imagination,” preceded by “Time Bandits” and “Brazil.” Roger Ebert awarded “Munchausen” 3 out of 4 stars and wrote that it was “told with a cheerfulness and a light touch that never betray the time and money it took to create them,” appreciating “the sly wit and satire that sneaks in here and there from director Terry Gilliam and his collaborators, who were mostly forged in the mill of Monty Python.”

After seeing this picture and writing this post, I’m also feeling quite nostalgic about the film. It’s officially been added to our “Best Movies You’ve Never Seen” list to be featured on our YouTube channel sometime in the near future, so stay tuned!