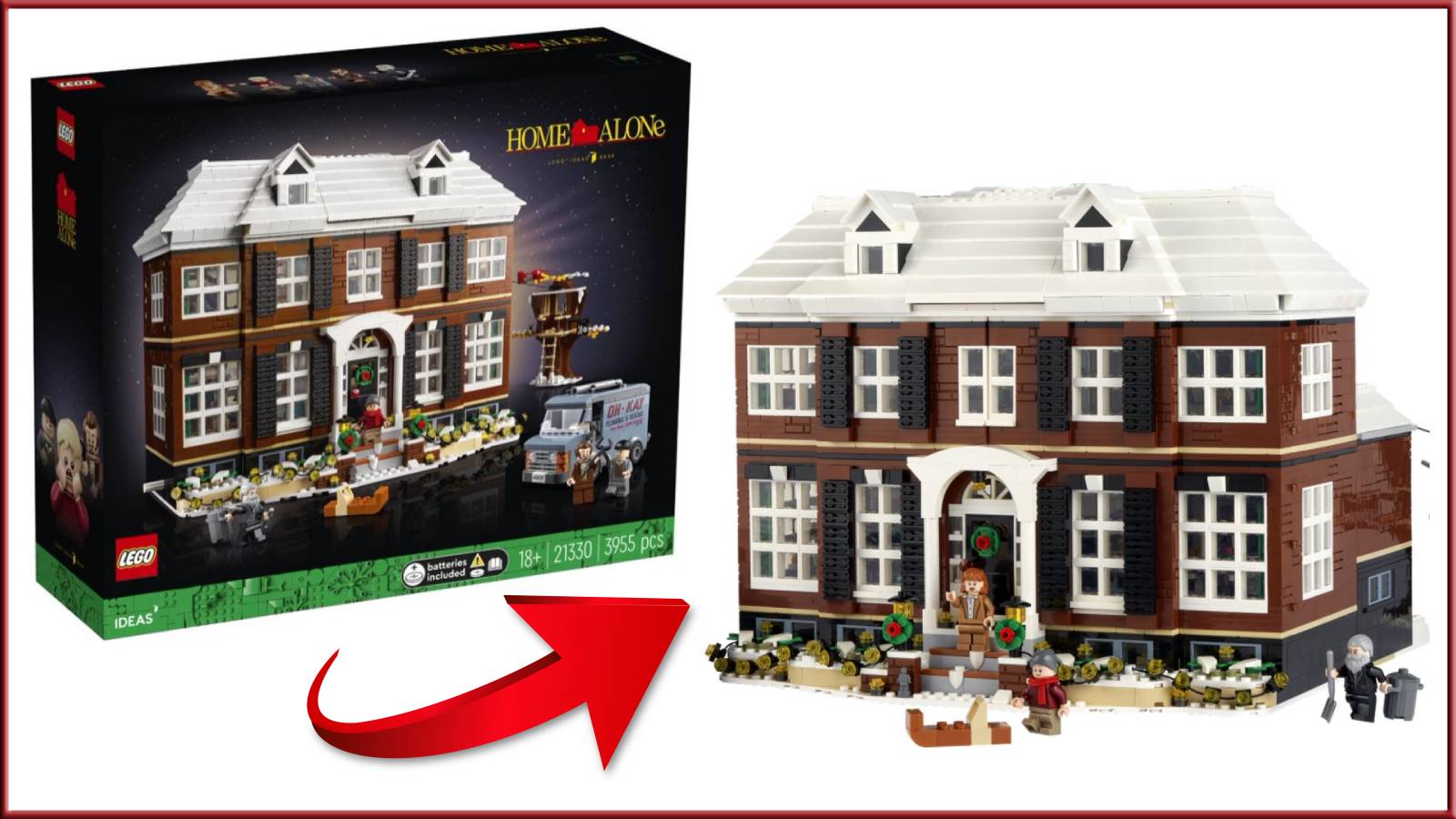 Those hoping to snag the ‘Home Alone’ LEGO house for the holidays have a better chance at finding Buzz’s tarantula crawling around the McCallister residence. That’s because the set–some two years in the making–sold out within just days if its release, leaving LEGO scrambling to make more.

The new set comes from the imagination 28-year-old Alex Storozhuk from Ukraine, who submitted the concept to LEGO through the company’s Ideas platform in 2019. The production model includes 3,955 pieces, the largest set ever created from a LEGO Ideas submission.

As part of the LEGO press release for the highly coveted set, Storozhuk discussed his inspiration and motivation in creating the build, saying, “Just like every 90s kid, I grew up watching Home Alone and it takes a very special place in my heart. I can’t even imagine holidays without it. This movie is very nostalgic and makes those warm childhood memories come up every time.”

There’s good reason why the release took so long to come to fruition. The design is intricately split into 24 Advent calendar–style bags, allowing builders to sequentially piece the house together in sequence with the movie’s plot.

What’s more, the “Home Alone” set is bursting with details from the movie. Such memorable details include the Wet Bandits’ van, paint cans used to knock them down, Buzz’s pet tarantula, Kevin’s treehouse and zipline, and even accoutrements to stage a fake Christmas party.

PS: We’ve been on this story for months and already bought a set for a very special purpose. METAFLIX IS GIVING AWAY A HOME ALONE LEGO SET TO ONE LUCKY WINNER!!!

Click HERE or on the image below to go to our RaffleMANIA page and enter for up to 13 chances to win!