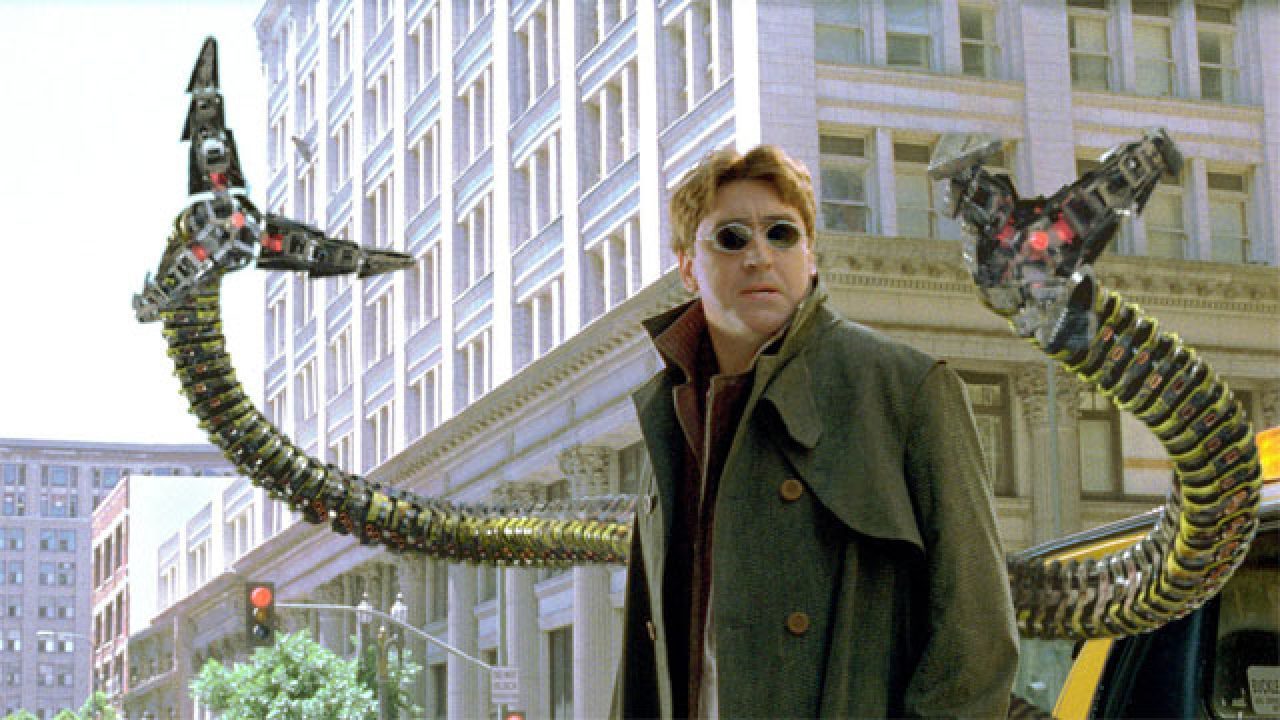 Fans of the Sam Raimi ‘Spider-Man’ were more than excited to hear that Alfred Molina would return to reprise his role as Doctor Otto Octavius.

Recent images posted by the cast and stills from the trailer have some speculating what kind of tech Dock Ock is sporting these days. The red tint to the mechanical arms resembles the Mark III armor worn in “Iron Man.” These small details make all the difference in the multiverse, so many of us flocked to Twitter to theorize.

The newest trailer for “Spider Man: No Way Home” shows off even more of the bionic villain with a sleek new look. When Doc Ock threatens to tear Peter apart is when we get the best glimpse of his gear. Some fans speculate whether Doctor Octopus reposed the nanotechnology from Stark or whether he stole the equipment from Peter.

It’s difficult to say whether the computer-generated tentacles are a product of the scientists own tech or someone else’s. But if there’s one thing we know about the multiverse it’s that anything is possible, including three spider-men.

We’ll just have to wait until “Spider-Man: No Way Home” releases on December 17, before we get confirmation on our theories.