The latest trailer for Sandra Bullock’s feature “The Lost City” sees her character trapped in a romance novel with none other than Channing Tatum.

Bullock plays Loretta Sage, an author who becomes involved in a kidnapping that becomes its own romantic adventure story in itself.

Sage must rely on the expertise of her half-witted cover model for her books to rescue her. The cover model, Tatum, is set on proving he’s worth more than his appearance.

This comedy seems to have elements of romance but more humor than anything. Even a cameo featuring Brad Pitt pokes fun at the odd coincidences of romance novels.

Daniel Radcliffe also stars as the film’s main antagonist, an eccentric billionaire convinced Sage’s fiction novels about treasure are true. Radcliffe’s role is sure to add some levity despite taking Bullock hostage.

Overall, the film feels like it’s going to be a silly thrill-ride with surefire laughs based on the absurdities in the trailer alone.

‘The Batman’ Is Back With a Vengeance In New Trailer

You’d be forgiven for forgetting about the Robert Pattinson Batman movie. It’s been a very long year since its last trailer and the film... 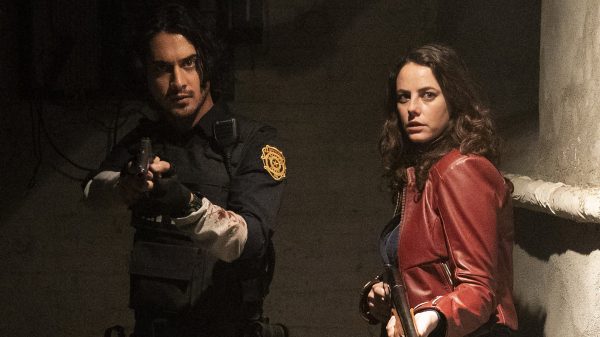 Sony Pictures has dropped the debut trailer for their video game movie adaptation of the “Resident Evil” games. While not the first film adaptation...