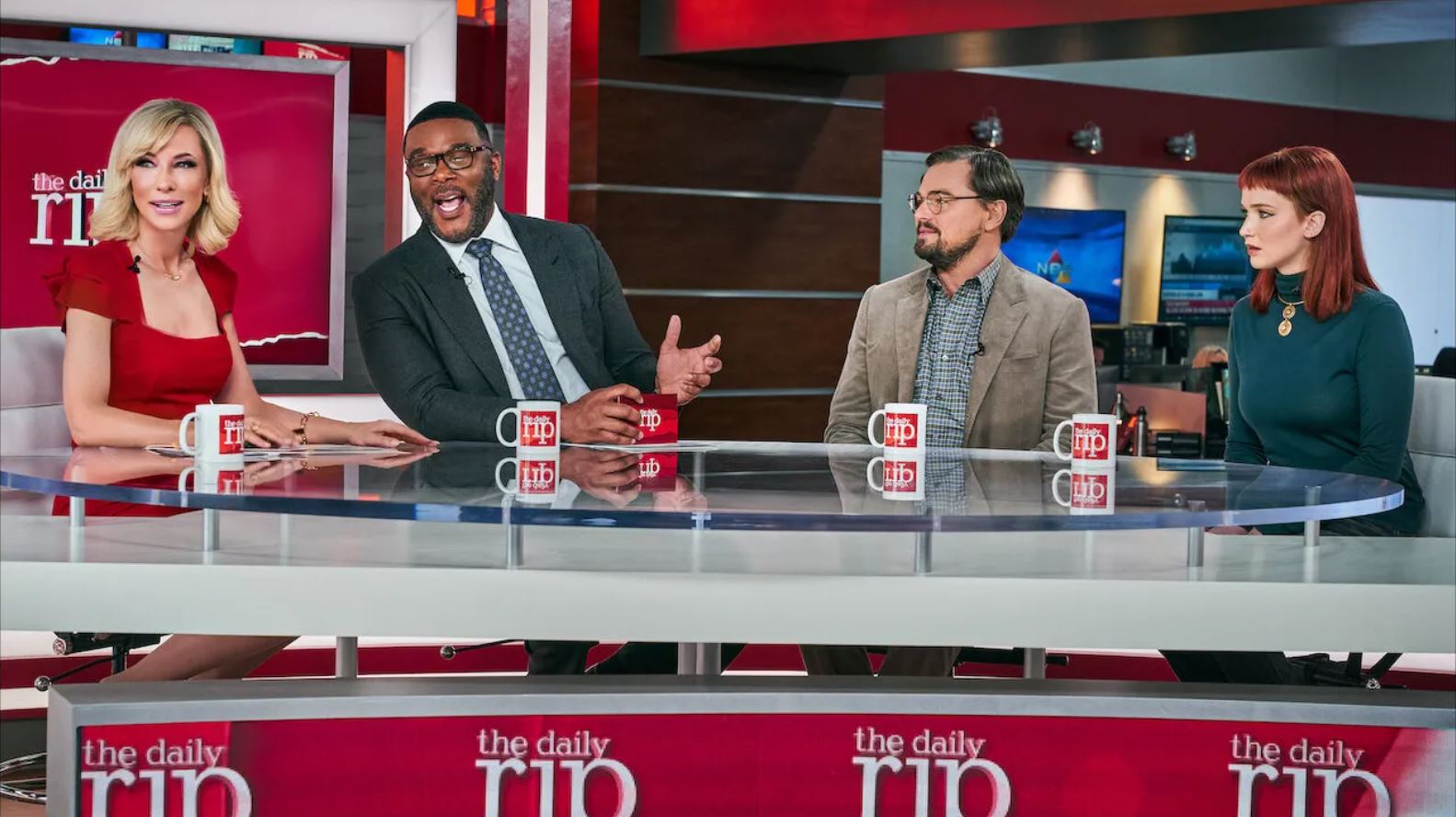 Netflix released some pretty high definition close-ups of every “Don’t Look Up ” character, from Meryl Streep to Ron Pearlman.

Of course in rebellion of the title, each character is gazing upward with the comet reflected on their eyes or glasses. Each poster reflects the either careless or lax reaction depicted in the trailer.

There’s plenty to look forward to in “Don’t Look Up,” from a star-studded cast to a sharp humor only Adam McKay can achieve.

Early reviews of the film put McKay in the race for Best Screenplay and Best Director, and based on the amount of re-writes for one of the funniest scenes in the film, the director’s hard work is sure to pay off.

“Don’t Look Up” releases in select theaters on December 10, while the film will debut on Netflix December 24, 2022.