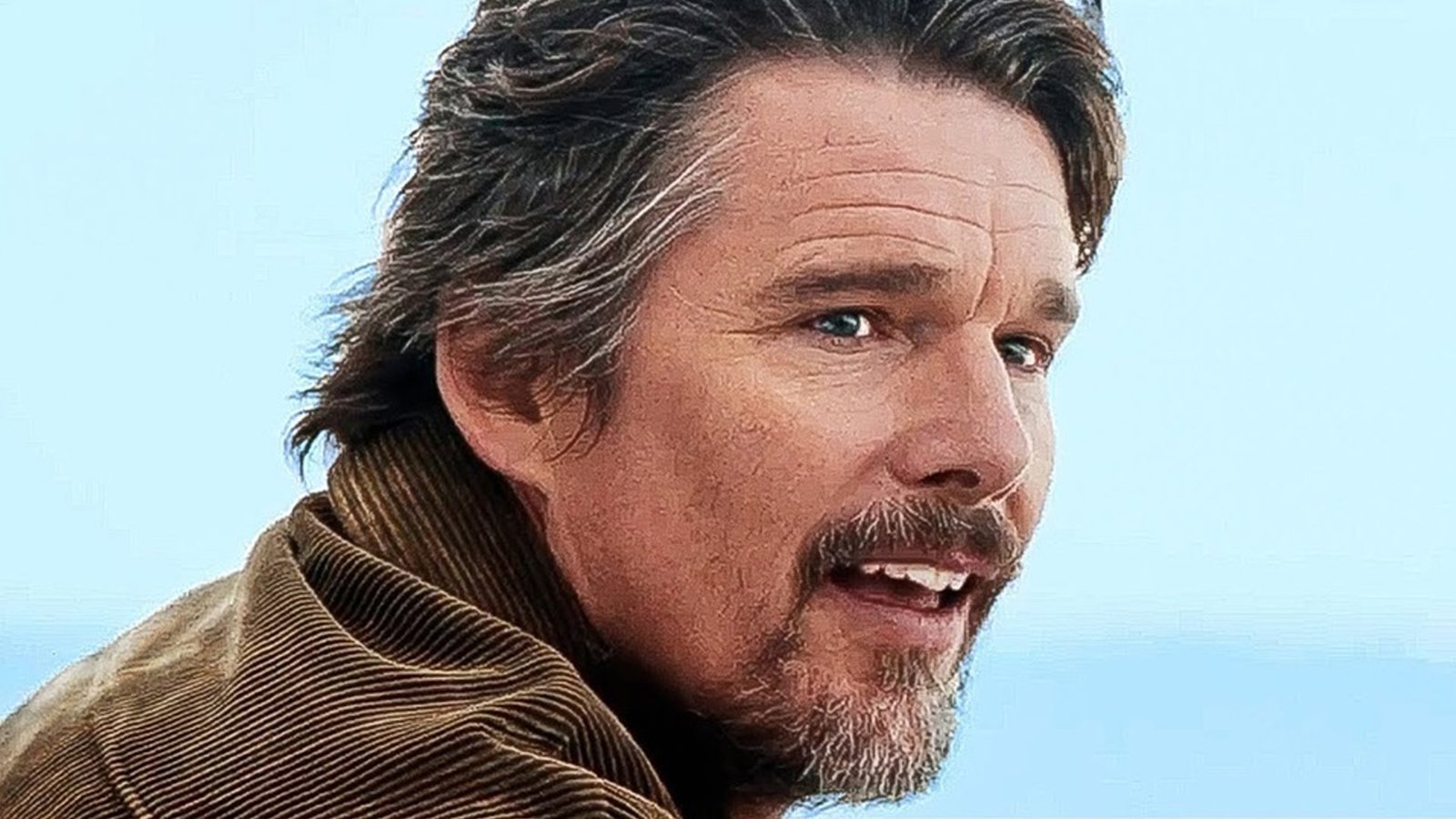 “Knives Out 2” is truly going to be a sensation. Since our last cast report on the film, it seems even more actors have joined. Now, set photos have confirmed “Knives Out 2” is going to be a celebrity bonanza. If Rian Johnson is this bad at keeping the filming a secret, let us hope he can still surprise us with his mystery’s twists!

Paparazzi have captured images of the film’s set in Greece. The actors appear to be boarding a boat of some kind in fashionable attire. While we have no confirmed plot details yet, the mystery trope of a large cast in a contained space is obviously visible here.

I previously reported on the film’s cast including Dave Bautista, Edward Norton, Janelle Monáe, Kathryn Hahn, Leslie Odom Jr., and Kate Hudson. Daniel Craig is of course reprising his role as Benoit Blanc. Since that article, more actors have been added to the cast, including Madelyn Cline, Jada Pinkett-Smith and Ethan Hawke! Hawke is pictured below sporting very manly ling hair and holding what appears to be a cake mixer-like gun up to Dave Bautista’s tongue.

Aside from Hawke’s presence, one of the main topics of the moment are the outfit choices. The stylish looks of the cast are getting a lot of attention. Subsequently, it seems that once again Blanc will have to deal with the murderous conflicts of the upper class.

Finally, Kate Hudson (“How To Lose A Guy In Ten Days”) was delighted to share a photo alongside her costar Katherine Hahn. Not every photo was so secretive. In fact, their friendship brings to mind a duo in the MCU. It seems that offset they are enjoying the beauty of “Knives Out 2” having a Greek setting.

Netflix has bought the rights to the “Knives Out” sequel. Thus, many expect it to drop on the streaming service sometime in 2022.