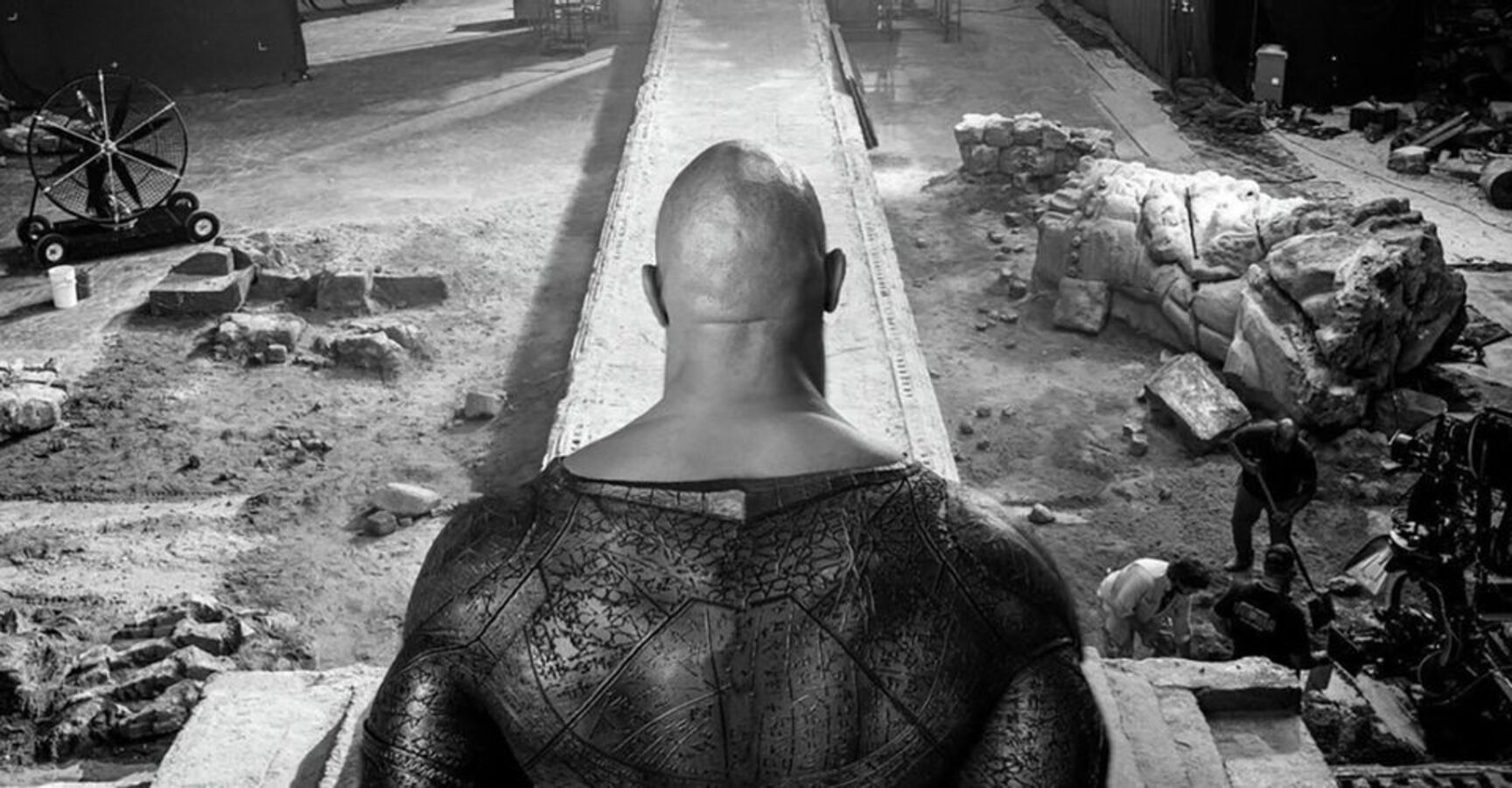 Dwayne “The Rock” Johnson took to Instagram this week to give fans yet another teaser for DC’s upcoming film, “Black Adam.” This time, fans are getting their first glimpse of the film’s massive set.

“Black Adam” has been in the works at Warner Bros. for over five years now. Some fans may have been skeptical it would ever start filming, but they can collectively sigh in relief at this new image. Johnson and director Jaume Collet-Serra are clearly hard at work.

The photo shows Johnson’s Black Adam standing before a seemingly ancient pathway leading up to an entrance. To the sides you can see the rubble from “enormous and appropriate destruction,” as Johnson puts it. This set is likely for some area from Black Adam and Shazam’s mystical realm. We also get a first look at the character’s super suit, which seems to have an intricate texture surrounding it.

Black Adam is the most famous adversary of Shazam and a general nemesis of the Justice League. However, in this film, it seems the character will be more of a redeemable anti-hero, with Johnson noting he is a “Protector of his people.” While it is unclear if Zachary Levi’s Shazam will make an appearance in this film, there is a good chance Black Adam will make his way into Shazam 2, which is set to release in 2023.

After years of hype, fans finally have something more concrete to look forward to. “Black Adam” will be in theaters July 29th, 2022.